The 10-Year Coder Challenge: Growing Your Skills beyond CCs and MCCs

Today’s coder must embrace APR-DRGs and HCCs in order to stay relevant.

At the beginning of the year, Facebook’s “10-year challenge” hit the web, with users posting comparison profile pictures from 2009 alongside their 2019 selfies. I’ve since seen a recent resurgence of the challenge over the last week and will admit that even I took part by posting a drawn image of a 2009 stick figure alongside a plumper 2019 version holding tacos. That got me thinking about the coding industry, what’s happened in the last 10 years, and where we’re headed in the next decade.

In 2009, I launched my Coder Coach blog and started regularly presenting to coding and billing students at a local trade school, with the intent of giving them additional intel on what they won’t learn in school.  My blogs and presentations were filled with tidbits on what to expect as a coder, why it’s so hard to get a coding job, and how you land that first position. They were also filled with (almost) timeless hits, such as “What the Heck is DRG?” and “Why Should I Care About Case Mix?” – a primer on MS-DRGs in “simple” terms.

Ten years later, and a lot has happened. We implemented ICD-10, and have seen the emergence of risk adjustment models in coding. We’ve seen clinical documentation improvement (CDI) programs explode for both the inpatient and outpatient settings, more electronic medical records (EMRs) and computer-assisted coding (CAC) programs executed, and what now seems to be mainstream acceptance of offshore coding.

The industry is changing, but the number one question from new coders continues to be, “how do I get coding experience when the requirement for every coding position is a baseline 2-3 years of experience?” While the question hasn’t changed over the last decade, what has is the number of certified coders competing for a limited number of positions. Add to that the uncertainty of the future of coding for many professionals, and the question is now, “how do I set myself apart?”

As with others, my own career has evolved over the last almost 25 years. Conveying my own career path as an example of how to climb the coding career ladder is no longer relevant. I’ve worked most of the last 10 years for one company, writing and presenting coding education programs and assisting in auditing, and here’s my new secret for sustainability, as a career coder: you need to be more than a coder. The industry is changing, and you need to change with it. There was a time when knowing CCs and MCCs and the intricacies of MS-DRG modeling was enough, but with the increased focus on APR-DRGs and risk adjustment, a coder’s staying power lies beyond MS-DRGs.

Here’s a shortlist of the significant areas I think coders need to brush up on to ensure their staying power:

Don’t Fall for the Red Herring
ICD-11 is coming. And while we’re seeing articles about this new coding system, which was recently released by the World Health Organization (WHO), it’s not an immediate need. I’m not saying those articles aren’t valuable and you shouldn’t read them, but the points I listed above are more important to actualize now. Don’t spend too much energy on the next coding system. Spend your time and energy becoming an expert not only on code assignment, but on the use of coding data. That is what will give you staying power as coding jobs are outsourced and more coding functions are relegated to the AI pile. 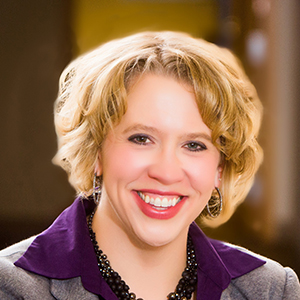 An AHIMA-Approved ICD-10-CM/PCS Trainer, Kristi is Director of Coding Quality and Education for Haugen Consulting Group. With more than 25 years of industry experience, she’s responsible for the development and presentation of coding education, as well as assisting with facility inpatient and outpatient coding audits. Kristi possesses an extensive background in coding education and consulting and is a national speaker and published writer.
PrevPreviousData Carries Great Importance for the ICD-11 Transition
NextEdge Leadership for Reducing BurnoutNext