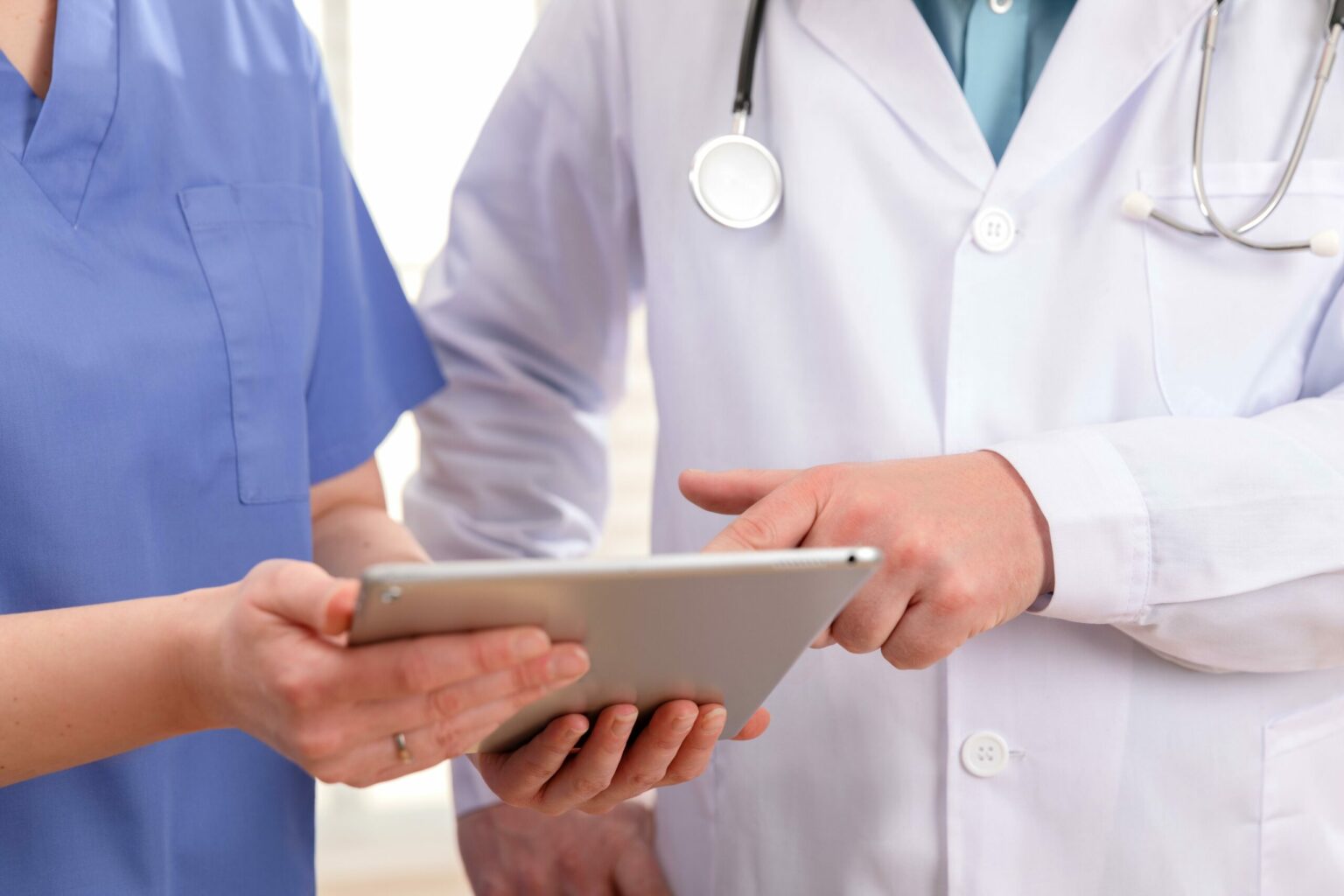 Semantics aside, clinicians must recognize sepsis and treat it aggressively, to save lives.

A few weeks ago, I had a fascinating discussion with Tim Brundage, a physician friend, and fellow clinical documentation improvement (CDI) expert, my co-chair on the American College of Physician Advisors (ACPA) CDI committee,  and I’d like to share a few details of it with you.

On the heels of finishing my recent sepsis project, I composed a draft of educational materials on the topic for PAs, available to members on ACPA’s website. Many of you may know that I have fully embraced the definition of sepsis as life-threatening organ dysfunction arising due to a dysregulated host response to infection: the definition from the Third International Consensus Definitions for Sepsis and Septic Shock (Sepsis-3, JAMA 2016; 315(8):801-810) and the one now accepted by the Surviving Sepsis Campaign.

Indeed, it is not easy to sort through the evolving iterations of the sepsis literature. I believe that some of the issue for me is my concrete way of thinking. A syndrome is defined by Merriam-Webster Unabridged as “a group of symptoms or signs typical of a disease, disturbance, condition, or lesion.” When I read the 1992 version of the ACCP/SCCM Consensus Conference (Chest 1992; 101:1644-55), they “propose the phrase systemic inflammatory response syndrome (SIRS) to describe this inflammatory process, independent of its cause.”

They go on to note that “this systemic inflammatory response can be seen following a wide variety of insults and includes, but is not limited to (bolded my emphasis), more than one of the following clinical manifestations,” and they list the vital sign and WBC derangements as noted above. They refer to mediators of the inflammatory process such as tumor necrosis factor and other cytokines, but in this version of sepsis, there is no listing of any alternative clinical indicators other than the fab four.

On page 1646, the authors state that when in “association with infection, manifestations of sepsis are the same as those previously defined for SIRS, and include, but are not limited to, more than one of the following:” T > 38 or < 36, HR > 90, tachypnea > 20 bpm or hyperventilation with PaCO2 < 32, and alteration of WBC. Again, this begs the question, “what are the other factors?”

I think the 2001 SCCM/ESICM/ACCP/ATS/SIS International Sepsis Definitions expert panel (Intensive Care Med (2003); 29: 530-538) sheds some light on the other elements of the systemic inflammatory response. This is where the diagnostic criteria for sepsis include “a documented or suspected infection and some of the following” (again, my bolded emphasis).

Table 1 includes the usual clinical parameters and then adds others, such as hyperglycemia in the absence of diabetes, elevated CRP, hypotension, hypoxemia, hyperlactatemia, and other evidence of organ dysfunction such as coagulopathy, creatinine increase ≥ 0.5. In previous articles, I have noted that “SIRS” always included other clinical indicators (including all the elements of the SOFA, or Sequential Organ Failure Assessment, score). This table, and its descendants in later sepsis literature represented why I drew this conclusion.

Am I conflating? Is SIRS really only tachycardia, tachypnea, fever/hypothermia, and abnormal WBC? Or is the systemic inflammatory response syndrome a larger group of signs and symptoms seen in sepsis (in response to an infection) and other conditions like pancreatitis and trauma, and those four clinical manifestations are only a subset of convenience? Everyone has vital signs taken, and although you may not order a plasma procalcitonin, you are likely to get a complete blood count (CBC). Is what we (and Sepsis-1) refer to as “SIRS” analogous to the qSOFA, compared to SOFA?

In the 2001 article, on page 533 it reads that “during the deliberations on the signs and symptoms that characterize sepsis, the group (that is, the expert panel) turned toward the day-to-day “reality” for bedside clinicians. The group concluded that few (if any) patients in the early stages of the inflammatory response to infection are diagnosed with sepsis via four arbitrary criteria. Instead, the clinician goes to the bedside, identifies a myriad of symptoms, and regardless of an evident infection, declares the patient to “look septic.” The use of the word “some” (Table 1) reflects the clinical reality at the bedside rather than an arbitrary list invented for the purpose of clinical trial entry criteria. Should the definition of sepsis reflect reality as seen at the bedside, thereby facilitating a clinical diagnosis, or should the definition enable investigators to develop clear and simple entry criteria for clinical trials? It was the opinion of the group that facilitating bedside diagnosis should have priority over research entry criteria.

The SIRS subset is not defunct, even if you totally buy into Sepsis-3. It is still valuable to trigger us to take a close, hard look at each patient and determine why their vital signs are deranged. In the ED, we used to say, “never let a tachycardic patient go home without an explanation.”

These criteria are sensitive, but not specific. It has been observed that the SIRS criteria do not necessarily indicate a dysregulated, life-threatening response. That response may be adaptive. Conversely, a patient can have sepsis without meeting the requisite minimum number of SIRS criteria.

Sepsis-3 states that the condition “is a syndrome without, at present, a validated criterion standard diagnostic test.” It also notes that “there are, as yet, no simple and unambiguous clinical criteria or biological, imaging, or laboratory features that uniquely identify a septic patient.”

If a patient dies of an overwhelming systemic response to Gram-negative bacteremia from a urinary tract infection (UTI) and they are never documented as having sepsis, does that mean they didn’t have sepsis? “If you didn’t document it, it didn’t happen” is just not true. It simply means the ICD-10-CM code for sepsis can’t be included on the claim. Semantics and evidence-based criteria aside, we need to ensure that clinicians can recognize sepsis and treat it aggressively, to save lives.

Getting back to the ACCP, Centers for Medicare & Medicaid Services (CMS), and New York State not accepting Sepsis-3 and still using SIRS as their sole criteria, remember that antibiotic administration and aggressive fluid resuscitation despite contraindications are not without risk. Our Hippocratic oath says “do no harm.” The indiscriminate use of the nonspecific SIRS criteria as the sole basis for the diagnosis of sepsis sets up a likely situation in which patients who do not have sepsis will be treated. Without a gold-standard test, we need to find the sweet spot where we don’t miss cases, but we don’t treat too many patients without the condition, exposing them to risk of harm.

Next, and this should really not overshadow the clinical concerns if payers accept the newest definition, providers, and systems that still utilize solely SIRS plus infection as their criteria for a diagnosis of sepsis are leaving themselves exposed to denials. Sepsis-3 does not have a category of sepsis without organ dysfunction. Since the new definition narrows the scope, it is obvious that the payers would gravitate towards it, because it reduces the number of patients in the high-weighted, high-reimbursement sepsis DRG.

Finally, my friend and colleague Dr. Jim Kennedy attended the March 2019 ICD-10-CM Coordination and Maintenance Meeting, and he brought to my attention a discussion of sepsis that was not on the agenda. I strongly recommend you watch: https://youtu.be/pDu2fg7etys; it starts at minute 40. Be part of the solution by providing your comments to the Centers for Disease Control and Prevention (CDC). Go online to https://www.cdc.gov/nchs/icd/icd10cm_maintenance.htm and open all the proposals from March 5-6, 2019. May 10 is the deadline for receipt of public comments on the proposed codes and revisions.

Until they eliminate R65.20, I recommend you also follow my recommendations from my article posted on icd10monitor.com on Jan. 29.

We may not be able to change rule No. 1 all the time (see M*A*S*H, Season 1, Episode 17, Sometimes You Hear the Bullet), but we should change it when we can. Let’s get sepsis right.

Erica Remer, MD, FACEP, CCDS, has a unique perspective as a practicing emergency physician for 25 years, with extensive coding, CDI, and ICD-10 expertise. As physician advisor for University Hospitals Health System in Cleveland, Ohio for four years, she trained 2,700 providers in ICD-10, closed hundreds of queries, fought numerous DRG clinical determination and medical necessity denials, and educated CDI specialists and healthcare providers with engaging, case-based presentations. She transitioned to independent consulting in July 2016. Dr. Remer is a member of the ICD10monitor editorial board and is the co-host on the popular Talk Ten Tuesdays weekly, live Internet radio broadcasts.
PrevPreviousRevisions on the Horizon for E&M in 2021
NextPayers Are a Major Contributor to Surprise BillsNext