Exclusive: Women’s Issues on Both Sides of the Examination Table, in the Age of #MeToo and #TimesUp 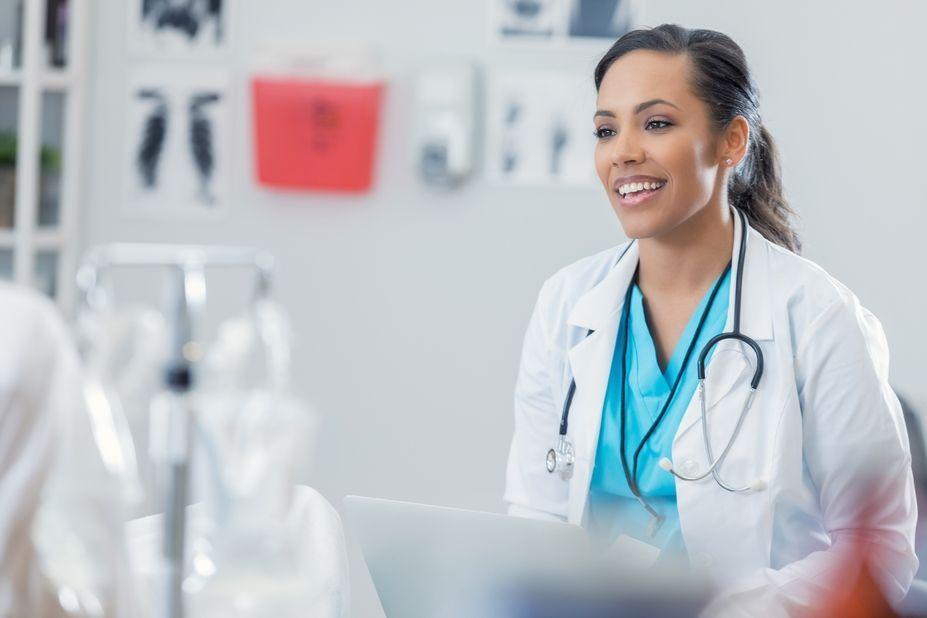 Women’s issues have a starring role in the national reckoning that has followed the presidential election of 2016. Nowhere is this more true—and more important—than in the field of healthcare, where the way women are hired, paid, and treated in the workplace affects not only their own health and wellbeing but also that of their patients. It’s not an exaggeration to say sexism in healthcare can literally be a question of life or death.

Whether it’s discussing gender pay parity for healthcare professionals, uncovering #MeToo narratives in the medical profession, or examining studies comparing women physicians’ and surgeons’ outcomes favorably to men’s, there has never been a more important time for crucial conversations to take place about sexism in healthcare. Take the recent example, highlighted in a U.S. News & World Report article from May 11, 2018, of Dr. Erin O’Brien, an assistant professor in the department of otorhinolaryngology at the Mayo Clinic. After becoming the first resident in her training program to have a baby, she was only allowed to miss six weeks of any academic year. Six weeks after having a cesarean section, she was back in the operating room, and coping with using a breast pump between operations during the time frame allotted to writing patients’ notes and filling out postoperative orders.

Women’s issues intersect with every aspect of healthcare. O’Brien, the diversity leader for her department, discusses with female residents patterns of microaggression they experience: Women’s medical orders are questioned and challenged more frequently, and they are commonly addressed more casually and less respectfully than male peers. Patients also devalue women in the profession. According to a survey by Stat News and Medscape, 41 percent of women in medicine reported a patient making an offensive remark about their gender, compared with just 6 percent of men.

On the patient side, the most crucial subject may be women’s pain and how it is often not given enough consideration by caregivers, especially men.

Statistics cited in a New York Times article published on May 3, 2018, are startling. “Research on disparities between how women and men are treated in medical settings is growing—and it is concerning for any woman seeking care,” writes reporter Camille Noe Pagan. “Research shows that both doctors and nurses prescribe less pain medication to women than men after surgery, even though women report more frequent and severe pain levels. And a University of Pennsylvania study found that women waited 16 minutes longer than men to receive pain medication when they visited an emergency room. Women are also more likely to be told their pain is psychosomatic. And in a survey of more than 2,400 women with chronic pain, 83 percent said they felt they had experienced gender discrimination from their health care providers.”

With women making up more than half of medical school students in the U.S. this year, one would think there’s no chance these issues will remain unaddressed. But the top leadership positions in medicine are still dominated by men. Only 15 percent of department chairs and 16 percent of medical school deans are women. For the past 10 years, according to an Association of American Medical Colleges report, women in academic medicine have received only 30 percent of new tenured positions. So where will the change come from? Is it any wonder women in the medical profession have double the rates of burnout than their male colleagues, and among the highest levels of suicide in the country (2.5 to 4 times the rate of the general population)? For the sake of caregivers and patients alike, is now when we say #TimesUp for sexism in healthcare?