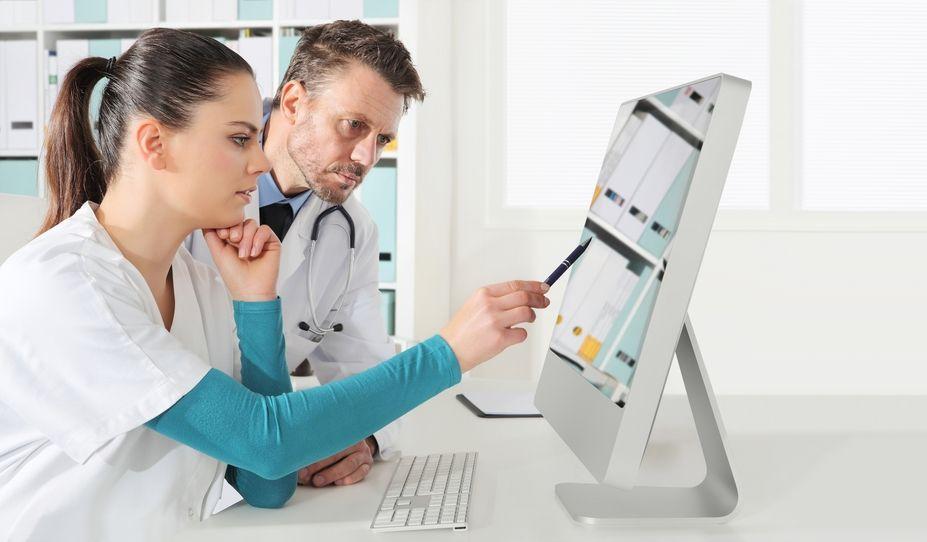 Is your Electronic Medical Record (EMR) system helping you pass an audit or hurting you?

Editor’s Note: This is the final installment in a four-part series that examines physician documentation issues as seen by an auditor.

In the last installment of this four-part series, I want to discuss the importance an auditor puts on the medical decision-making (MDM) portion of the evaluation and management (E&M) record. According to the Centers for Medicare & Medicaid Services (CMS), this constitutes the overarching criteria that drive the visit code – meaning that it is perceived as having more weight than the history and exam portion of the encounter.

However, the MDM is not the only factor in choosing a level of service. Again, as the overarching criteria, it is necessary to understand the thought process, not to mention the scoring process, of an auditor, especially when providers are trying not only to determine their final level of service, but also how to pass an audit.

A major pitfall in reviewing an audited record comes from the lack of understanding regarding what MDM is, as it relates to the American Medical Association (AMA) Documentation Guidelines and CMS rules.

Medical decision-making refers to the complexity of establishing a diagnosis and/or selecting a management option, which is determined by considering these factors:

This is an example of the auditor’s “scoring table” when considering the level of medical decision-making:

As you can see, to qualify for a given type of medical decision-making, two of the three elements must either be met or exceeded.

So let’s consider the moderate and high complexity scenarios so you can visualize what is necessary when considering reporting the higher levels of E&M – and where the auditing pitfalls come into play.

Moderate complexity medical decision-making represents the cognitive labor required for most physicians. You may not be surprised to learn that moderate MDM is required for a “routine” encounter, like a level 2 hospital progress note (99232), but you may not have realized that it also represents the cognitive labor required for a level 4 office visit for an established patient (99214). A patient with three chronic illnesses, one with a mild exacerbation and two that are stable, could satisfy the risk requirement for this level of medical decision-making.

Say an established office patient presents with diabetes, hypertension, and dyslipidemia, two of which are optimally controlled, but the patient has reported elevated BP recordings at home and the patient’s BP is elevated at today’s visit. The physician checks routine labs, modifies the patient’s hypertension medication, and schedules them for a return visit in two months. No changes are made to any other medications. There is a reminder of diet and exercise protocols, as well as another five-minute discussion about smoking cessation.

But wait, don’t stop there, as most physicians tend to do. You have to consider then the data reviewed. This encounter rates only one data point for review of labs. Notice that you do not get an additional data point for also ordering labs. No double dipping is allowed! So again, one point, meaning straightforward complexity.

For risk of complications and/or morbidity or mortality: using the table of risk below as a guide for assigning risk factors, circle entries in this table. It is understood that the table below does not contain all specific instances of medical care; it is intended to be used as a guide. The overall measure of risk is the highest level circled.

A review of the table of risk shows that this encounter qualifies as being of moderate risk due to the presenting problems of “two or more stable chronic illnesses, and one with mild

Given this MDM information, in its entirely for this encounter, the MDM scoring sheet or table would read: a) high complexity, b) straightforward, and c) moderate risk. Since only two out of three factors must meet or exceed the requirements for any given level of MDM (four problem points, one data point, and moderate risk), this record audits at “moderate complexity medical decision-making.”

Now, high complexity MDM truly is complex. Either the patient is quite ill or the physician must review a significant amount of primary data. This level of MDM is required for a level 3 initial hospital code of 99223, a subsequent hospital visit, 99233, and a level 5 office visit for an established patient or new patient, respectively, 99215 and 99205. The patient would need to have a severe exacerbation of a chronic problem or an acute illness that threatens life or bodily function to qualify for this level of risk. The data reviewed would have to be quite extensive to reach the threshold for high complexity MDM. This set of circumstances would be unusual for routine follow-up encounters, but may occur quite often during initial encounters.

This is where physicians tend to hold back on their documentation efforts in making that impact connection, which could make a difference not only in an audit, but in payment if this encounter should have been coded higher (but is audited lower due to lack of detailed medical decision-making complexity).

The key to reimbursement is your documentation. It is also the key to passing an audit and being above scrutiny. Following these steps can give you peace of mind and allow you to welcome any audit, not fear it.

Terry Fletcher, BS, CPC, CCC, CEMC, CCS, CCS-P, CMC, CMSCS, CMCS, ACS-CA, SCP-CA, QMGC, QMCRC, is a healthcare coding consultant, educator, and auditor with more than 30 years of experience. Terry is a past member of the national advisory board for AAPC, past chair of the AAPCCA, and an AAPC national and regional conference educator. Terry is the author of several coding and reimbursement publications, as well as a practice auditor for multiple specialty practices around the country. Her coding and reimbursement specialties include cardiology, peripheral cardiology, gastroenterology, E&M auditing, orthopedics, general surgery, neurology, interventional radiology, and telehealth/telemedicine. Terry is a member of the ICD10monitor editorial board and a popular panelist on Talk Ten Tuesdays.
PrevPreviousChallenges of Coding “Child Abuse”
NextUPMC: A Hybrid CDI ProgramNext