For my last article, I wrote about unexplained clinical variation as it pertains to surgical procedures. Today I continue exploring this theme.

For men with low-risk prostate cancer, randomized controlled trials have found that active treatment such as radiation or prostatectomy does not improve mortality rates as compared to an initial approach of observation. Thus, evidence-based guidelines conclude that observation is a reasonable initial strategy.

An analysis of a national database by Tyson and colleagues published this year included over 20,000 men over 66 years of age with low-risk prostate cancer and their nearly 1,900 treating urologists. Wide variation in the utilization of observation as a treatment strategy was found. Some urologists employed observation 5 to 30 percent of the time, while others used it as often as 60 to 70 percent of the time.

Considering the significant adverse effects of active treatment, such as impotence and urinary incontinence, and the lack of demonstrated mortality benefit of active treatment in low-risk patients, this degree of variation is concerning, from a cost perspective as well as a patient safety perspective.

Another area in which we can assess unexplained clinical variation is treatment of carotid artery stenosis.

When symptomatic, as stroke or transient ischemic attack (TIA), revascularization can be beneficial in terms of ensuring reduced subsequent incidence of stroke. When a patient is asymptomatic (that is, no history of stroke or TIA), treatment of carotid artery stenosis is more controversial. Evidence-based guidelines suggest that for asymptomatic patients, revascularization only should be considered in the presence of at least 70 percent stenosis, and even in this group, whether the procedure is beneficial or harmful is a close call.

With this as background, examination of the results of a study published this year by Shean and colleagues is relevant. They examined a database of over 57,000 carotid revascularization procedures, 85 percent carotid endarterectomy and 15 percent carotid artery stenting. For endarterectomy, the percentage of treated patients who were asymptomatic varied across regions from 46 to 69 percent, and for stenting from 29 to 51 percent.

Limiting the analysis to asymptomatic patients with stenosis of less than 70 percent, for whom revascularization is not of clear benefit, we find variation, but also disturbingly high utilization rates. The proportion of endarterectomies that were performed on this group varied threefold, from 3 to 9 percent, and for carotid stenting it varied more than sevenfold, from 3 percent to a stunning 22 percent.

Beyond the observed variation, it is difficult to account for a significant number of procedures being performed on patients for whom the risks almost certainly outweigh the potential benefits.

It is this sort of variation and questionable utilization that makes use of evidence-based guidelines so necessary. The twin concerns regarding cost and patient safety demand attention. At the same time, it is only through use of guidelines that are evidence-based and clinically valid that we can safely and appropriately intervene.

Substituting arbitrary criteria or target utilization rates is neither appropriate nor beneficial to patients. It is through the application of guidelines that are clinically sound and evidence-based, such as those produced by MCG, that we can address both the cost and the safety aspects of unexplained clinical variation. 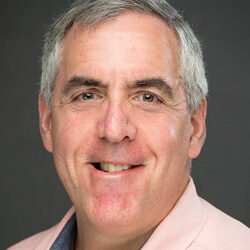 Dr. Bill Rifkin is the associate vice president and managing editor of MCG Health. Dr. Rifkin oversees all research and content published by MCG Health that is focused on acute inpatient care. His expertise expands to hospital medicine and clinical care, where he has published multiple research documents.
PrevPreviousPreventing a Breach, Lessons Learned from OCR Enforcement Actions
NextWhy CDI Needs a Wake-up CallNext