The Sad Plight of Burnout among America’s Frontline Nurses 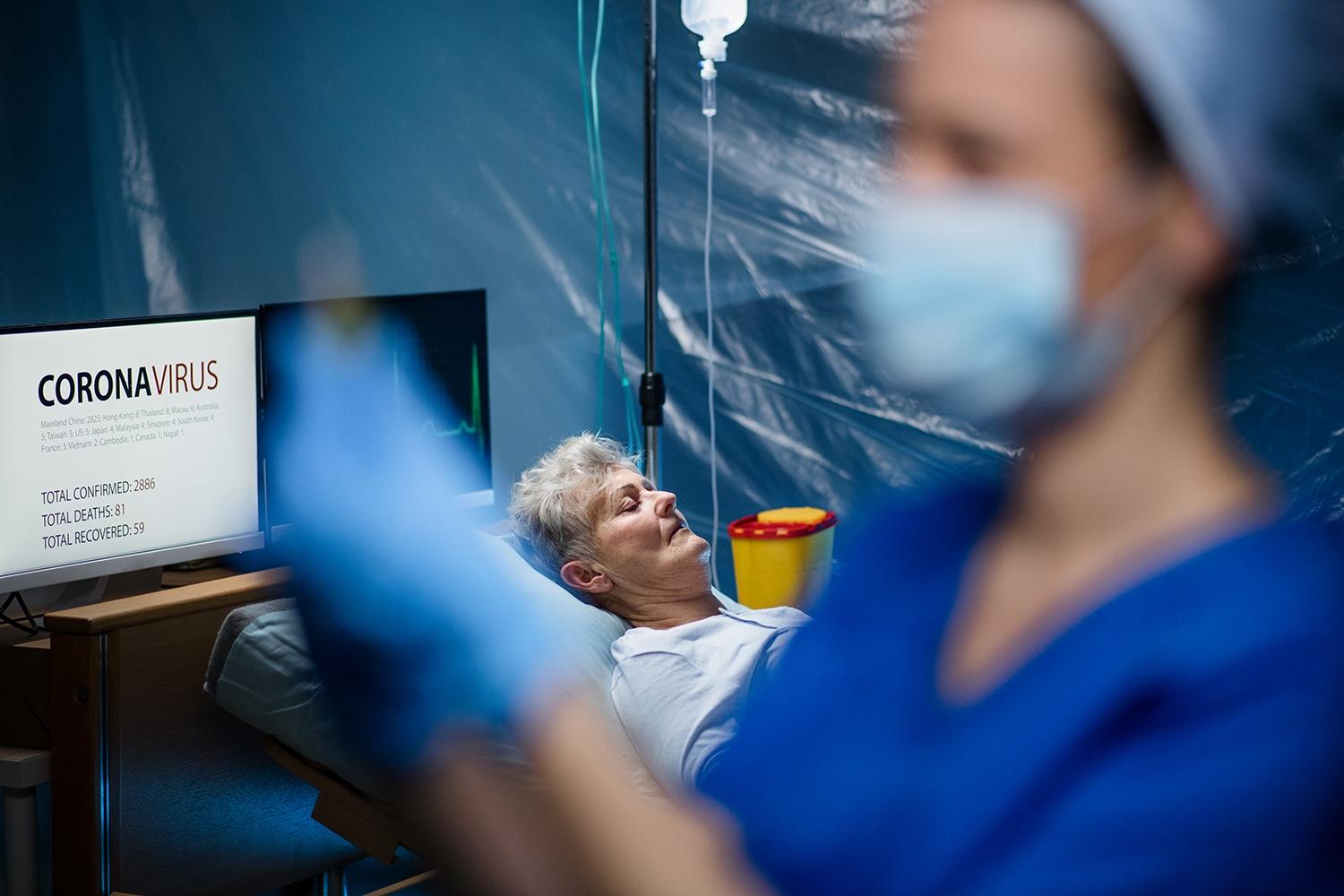 EDITOR’S NOTE: With the resurgence of the coronavirus, the toll among America’s frontline caregivers could be especially taxing, particularly for nurses. And while much attention has been focused on physician burnout, in a recent interview conducted by Chuck Buck with Dr. H. Steven Moffic, the focus shifted to nurses. A prolific writer and speaker, Moffic received the one-time designation of being a Hero of Public Psychiatry from the Assembly of the American Psychiatric Association (APA) in 2002, and he has written extensively on the subject of burnout. Moffic is also the Talk Ten Tuesdays weekly Internet radio broadcast’s resident psychiatrist, and one of its most popular guests. What follows is a transcript of the aforementioned interview.

Buck: You and I have been reporting on physician burnout for several years here at ICD10monitor. But now, amid the coronavirus pandemic, how is burnout affecting frontline nurses?

Moffic: Chuck, once again, it’s so insightful of you to want to focus on nurses, after all our attention to physician burnout. Nurses, as anyone who’s been in a hospital knows, are on the front line with patients around the clock. Generally, they spend more time with patients than the patient’s physician. They also work in the same system – and, as we now know, it is the system that contributes the most to causing burnout when it puts obstacles into the path of potential healing. With regards to the coronavirus, probably (nearly) all of us have heard of some of those obstacles: inadequate equipment, both for treatment and for safety; inadequate manpower; and overloaded inpatient wards. Add on gag orders to stop public or organizational complaints, and you can’t have a better recipe for burnout. And we aren’t even talking about the downsizing of non-COVID medical facilities because of less people coming for help for other conditions, and there you have layoffs and/or decreased pay.

What might counter the burning out during this pandemic, I had hoped, was the possibility of providing the medical care that would save patients, despite all the chaos and uncertainty around. Both compassionate nurses and physicians from all over the country came to the “hot spots” to volunteer for just that sort of opportunity and need. Perhaps burnout would be even worse without the satisfaction of saving lives under duress. Nevertheless, the limited studies of burnout, limited likely because most of the attention is being paid to care, are worrisome. In most every country – China, Iran, Canada, and the USA – burning out, to some epidemic extent, seems to be occurring.

Buck: How likely are frontline nurses to experience mental health challenges during the pandemic?

Moffic: If you want, Chuck, you could toss a coin, because about half seem to be experiencing significant mental health challenges. These challenges include distressing anxiety, fear, sadness, trauma, and poor sleep, and combinations of all of these and more. Nurses have long used the term “moral injury” as an alternative to the term burnout. That means that they feel that they can’t live up to their workplace morals – in other words, betrayal trauma. That makes it hard to live with oneself, and would be likely to increase guilt.

Buck: Please explain how burnout, anxiety, and PTSD might be impacting nurses?

Moffic: The best way to convey the psychological distress of burn-out, anxiety, and PTSD is to hear from representative nurses. Here are two:

“The nurse’s husband woke her up the night she started screaming in her sleep. ‘I was crying,’ she said. ‘I can’t remember what the dream was about, but it was so real.’”

After months of working night shifts in the COVID-19 unit at a Beaumont Health hospital in metro Detroit, the nurse said the adrenaline of the initial surge had faded. And while that’s brought some relief, what’s left is a new, persistent sense of anxiety.

Lately, the nurse (who asked not to be named, because she was not authorized to speak with the media) finds herself getting “prickly” and irritable at home. Focusing is hard due to recent bouts of insomnia. At night, her mind runs through a relentless loop of anxieties:

“The coronavirus patient, a 75-year-old man, was dying. No family member was allowed in the room with him, only a young nurse.

In full protective gear, she dimmed the lights and put on quiet music. She freshened his pillows, dabbed his lips with moistened swabs, held his hand, spoke softly to him. He wasn’t even her patient, but everyone else was slammed.

Finally, she held an iPad close to him, so he could see the face and hear the voice of a grief-stricken relative Skyping from the hospital corridor.

After the man died, the nurse found a secluded hallway and wept.”

(I wouldn’t be surprised if you are too, at this point, as I was).

Moffic: Your query about suicide among frontline nurses is insightful and concerning, Chuck. Actually, it now seems like the suicide rate among physicians may either be decreasing, or the prior reports overestimated the prevalence – but that does not seem to be so among nurses. The problem is that the higher rate of suicide among nurses compared to other workers seemed to be taken for granted and ignored, including that female nurses have a higher rate than male nurses. Will that even increase more, as the pandemic goes on? Time will tell, but time also provides an opportunity to reduce suicide – and all the other mental health concerns.

Buck: How do you suggest frontline nurses, as well as other healthcare workers, cope long-term with the virus – which, at this time, appears to be worsening, with no immediate end in sight?

Moffic: Actually, the most important help can come from administrators, to help set up systems that allow for helping the patients as best as possible, that engage staff in planning, and that monitor the helpers’ well-being, as well as giving them enough time off (even if they don’t want the time off). Even without that, such workers can do some useful self-care. This includes the following:

The life and health you save may be your own.

Chuck Buck is the publisher of RACmonitor and is the program host and executive producer of Monitor Monday.
PrevPrevious2021 AMA E&M Changes: A Provocative Overview
NextCMS Issues Proposed Rule on Draft Policy Changes for Medicare Payments  Next