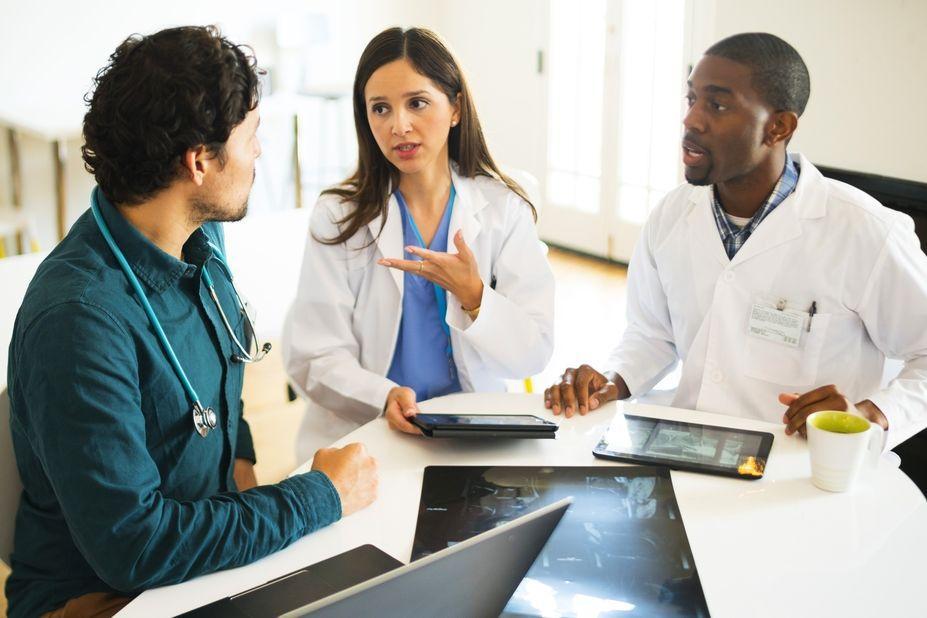 I was just able to free up the time to review the most recently published Coding Clinic (CC), and I will share my thoughts on the updates with you in this article.

It took some energy to sort out the discussion on pages 6 and 7 regarding the “with” guideline related to diabetes. As a doctor who understands enough about coding to be dangerous, but not enough to be a coder, I didn’t initially understand the distinction CC made between arthropathy, not elsewhere classified (NEC), and peripheral vascular disease.

I think I have sorted it out for us.

There are certain conditions that are extremely likely to have been caused by diabetes. These conditions may not be, strictly speaking, pathognomonic (which means invariably linked and diagnostic of), but may be overwhelmingly likely to be found in a diabetic, inextricably associated with the diabetes.

One of the best examples of this is Charcot joint. This is a condition of destructive hypertrophic arthropathy, most often of the foot, which nowadays is most commonly found in diabetes. Underlying sensory neuropathy is nearly universal. Poor circulation associated with diabetes is a compounding or contributory factor.

Historically, the encoder went to Charcot joint due to syphilis if the provider didn’t specify “diabetic” or “due to diabetes.” I used to use this as a fun example cautioning providers to give linkage, until a good doctor friend of mine pointed out that it wasn’t compliant to code a condition that wasn’t supported in the documentation, as she said, “how can you code syphilis if I never said it?”

With the advent of the “with” guideline, a provider who lists Type 2 diabetes and Charcot joint (right tarsometatarsal) correctly gets the code E11.610, Type 2 diabetes mellitus with diabetic neuropathic arthropathy.

So why is diabetic peripheral angiopathy different? The association with small vessel disease and diabetes is much stronger. If a patient has diabetes and peripheral vascular disease, clinically, one would assume a relationship, unless it was specifically linked to something else like, for example, hyperhomocysteinemia.

If the association is so strong that any clinician would assume a linkage unless explicitly stated otherwise, the word “diabetic” is implied. Hyperglycemia would be presumed to be due to diabetes, unless it wasn’t, like “from steroids.” A cataract specified as being “traumatic” would circumvent designation as a diabetic cataract. Barring these exclusions, one would presume hyperglycemia or cataracts in a diabetic was a result of the diabetes.

My personal opinion is that it is better for the provider to be liberal with linkage and tell the coder he or she believes a condition is a diabetic complication than to expect all coders to have sufficient clinical knowledge to be able to make the assumption. Good luck with that; a query may occasionally be necessary if you aren’t sure.

Page 9 has a question regarding diagnosing and coding transient ischemic attack with bilateral carotid artery stenosis. The stroke team is concerned that the prohibition of simultaneous coding due to an Excludes 1 note is preventing their workup from being captured. First, they should be tracking their workups irrespective of the ultimate diagnoses because stroke alerts should be liberally performed to avoid missing strokes. The final first-listed or principal diagnosis may turn out to be a sign or symptom, not a stroke diagnosis. Second, presuming the hemiplegia was present during the hospital encounter, the advice should have recommended use of G81.91, Hemiplegia, unspecified, affecting the right dominant side. The Coding Clinic published for the first quarter of 2014 states that the deficit should be picked up even if resolved at time of discharge. I posit that this goes for occlusions, which result in infarction (i.e., strokes), and for occlusion with ischemic symptoms that do not culminate in a stroke (i.e., TIAs).

On pages 11 and 12, the guideline regarding taking opioids for chronic pain as prescribed by a physician without an associated mental or behavioral disorder is referring to an F category code. You may not capture a mental health disorder condition, but you would still use Z79.891, Long-term (current) use of opiate analgesic, as a code that would detail the prescribed opioid use.

As a clinician, I can tell you that any patient with significant osteoporosis who does not have a significant traumatic mechanism (e.g., falling off a roof, motor vehicle collision, falling down a flight of stairs), like the case in the CC question – a ground-level fall – is more likely than not to have a relationship between the osteoporosis and the fracture. If your provider isn’t sure, an uncertain diagnosis could be appropriate. Ask about it and educate them to specify pathological fractures. The DRG and weight may change.

On page 25 and 26 is a question regarding the repair of third- and fourth-degree perineal lacerations, which I happened to submit. To see the entire thought process with diagrams, I refer you to “Debating Perineal Laceration Repair Guidance,” JustCoding, HCPro, April 5, 2017. I respectfully still disagree with the Coding Clinic advice.

During the same operative episode, multiple procedures are coded if: a) the same root operation is performed on different body parts, as defined by distinct values of the body part character.

The ICD-10-CM code may be in the obstetrical section, but the ICD-10-PCS is in Medical/Surgical. I do not understand their concept of aligning code assignment and mirroring obstetric terminology. The rule is to code the intent of the procedure.

That is my take on the Coding Clinic updates. I hope this has been helpful to you!