Mentally Preparing for the Presidential Election 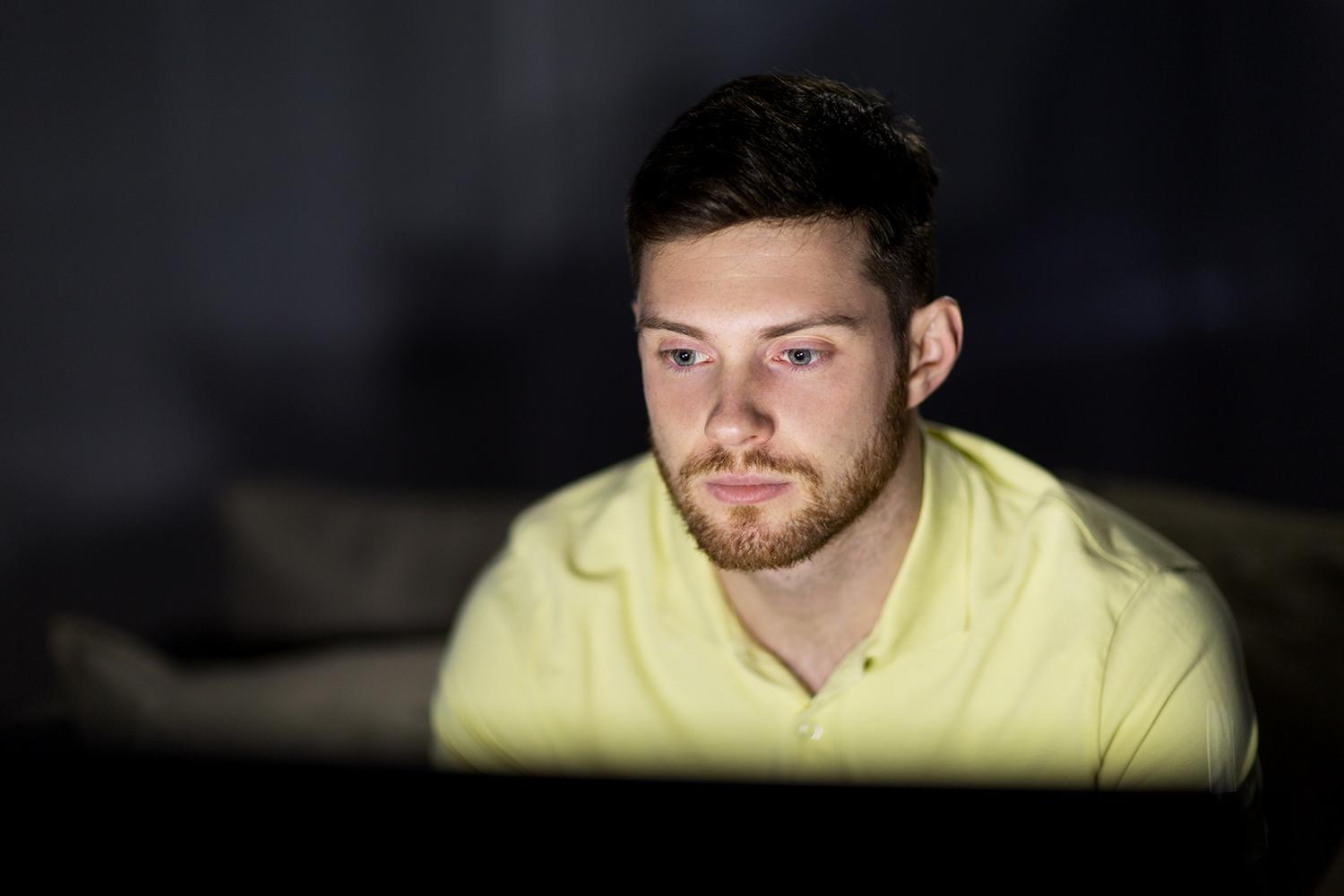 Political discussions with family and friends could trigger emotional stress.

EDITOR’S NOTE: With a presidential election fraught with enormous ramifications and stakes rapidly approaching, RACmonitor/ICD10monitor Publisher Chuck Buck recently sat down with renowned psychiatrist H. Steven Moffic, MD to talk over the key issues relating to mental health. What follows is a lightly edited transcript of the conversation. An award-winning professional who has specialized in the cultural and ethical aspects of psychiatry, as well as a prolific writer and speaker, Moffic received the one-time designation of being a Hero of Public Psychiatry from the Assembly of the American Psychiatric Association in 2002.

MOFFIC: I used to think they were not, Chuck. In fact, when I graduated from Yale Medical School way back in 1971, I assumed that all I would need to do is to focus on patient care, and everything would be fine if I did a good job at that.

If only. It didn’t take me long to find out how naive I was. Politics infuses all of medicine. Take working in a healthcare organization like a medical school, which is where I was trained and where I started my first job. It didn’t take long to discover organizational politics. To get things done, I had to try to find out who had overt power, and who covert power, and for what. How did we get paid for what we did? What did the county, state, and federal government contribute to our mission?

Then, my first major job responsibility was as medical director of a community mental health center serving a catchment area of about 500,000 people in Houston. But it wasn’t really 500,000 – only the poor among them, meaning that the funding and resources in the “pull yourself up by the bootstraps” state of Texas were nowhere near what the more well-to-do states had for their medical and psychiatric care. Moreover, certainly our system of medical care in the United States (if we can even call it a system) is much different than those of other countries.

As time went on, I learned that politics infused medicine in many other ways, including what diagnostic coding is used where and when, as well as how much reimbursement is tied to what procedure. Even our medications were politicized by cost, which is why some citizens contacted Canadian organizations in order to afford their medications. Now, of course (the big “of course”) is what will happen to so-called Obamacare (a political term in itself) after the election. Will it stay the same, be enhanced, be constricted, or be replaced? All have enormous potential consequences to our patients and ourselves.

Physicians are citizens who have political beliefs, too. Surgeons tend to be Republican, pediatricians and psychiatrists, Democrats. Studies have found that at times, those political beliefs seem to creep into patient care. With regard to conditions tied into politics, like marijuana, firearms, and abortion, Democratic physicians are generally more concerned about firearm vignettes, whereas Republican physicians tend to be more concerned about the marijuana and abortion vignettes. Moreover, despite medical caution for physicians to put personal beliefs aside, these concerns can bleed into medical advice, such as Republican physicians more often advising to cut down marijuana use and not to have an abortion, whereas Democratic physicians would be more concerned about guns in the house. Sometimes, these beliefs can be unconscious and thereby unrecognized, which in psychiatry we call “counter-transference.”

BUCK: How can friends and families discuss politics and avoid unnecessary stress?

MOFFIC: Sometimes they can’t, Chuck. If differences of opinion make either or both sides on the political spectrum angry, it is better not to discuss politics. In fact, if that has already happened, apologies may be necessary to resolve leftover ill will and feelings.

It actually usually does no good to confront and criticize what one feels are erroneous beliefs of other people. That can cause cognitive dissonance, as we call it in psychological terminology, and usually makes the person being targeted embrace their feelings and ideas more strongly.

On the other hand, if damage has not already been done, the best approach is to be loving and respectful of the other person’s political beliefs – and be genuinely curious about them, as a learning experience. Using that perspective, the media and journalists have at times carefully brought together proponents of both sides for controlled discussions that worked out well, even changing beliefs and intentions, to some extent.

BUCK: No doubt, these are extraordinarily stressful times. As a nation, we have witnessed a surge in racial unrest, a contentious political campaign, and, of course, the coronavirus pandemic. Do you recall a more stressful time in recent memory?

MOFFIC: I agree with you, Chuck. These are certainly the most stressful societal times in my lifetime, being born right after World War II, though the late 1960s certainly weren’t calm. What makes it especially stressful is the invisible viral pandemic, along with differing local social and political policies about how to address it. Not only are too many dying from it in the USA, but so many others are suffering not only from acute infection, but ongoing bewildering chronic symptoms. Besides, the pandemic has changed the everyday life and routine of most people, thereby challenging our coping skills. Those on the front lines face extra stress, given their exposure to higher personal risk.

MOFFIC: Unfortunately, yes. Undue levels of stress tend to cause increased blood pressure, which in turn can pose cardiovascular problems, which then present more risk if infected by COVID-19: an infection that can cause more damage because this same stress may have already compromised our immune system defenses, in a mouthful.

BUCK: What are some of the best ways to deal with this stress and tension as our political system becomes more divisive and the election approaches on Nov. 3?

MOFFIC: Chuck, all kinds of mental health advice have been recommended lately about how to cope better. Ten common notions are:

In addition, I want to note that we have two weeks to also try to develop an under-recognized skill. We can even practice this with our imagination. I am talking about emotional agility.

When we are stressed, the automatic response is fight or flight to some degree, depending on our individual histories of stress and trauma. There’s not much we can do to eliminate that. But as that occurs or afterwards, our cognitive abilities can then take over in what I call “dance or dodge.” What “dance” is referring to is emotional agility, meaning the ability to recognize the music of one’s emotional moods, have some flexibility in one’s dance steps, and decide how best to dance in order to respond optimally to the situation. The emotional rigidity, on the other hand, is the “dodge” of the challenges, sitting out dance after dance, which can turn into full-blown ICD-10-defined psychiatric anxiety or depressive disorders.

Viktor Frankl, the psychiatrist who survived Nazi concentration camps and went on to write the perennial bestseller, Man’s Search for Meaning, said this in another way:

“Between stimulus and response there is a space. In that space is our power to choose our response. In our response lies our growth and our freedom.”

BUCK: And one last follow-up question, Dr. Moffic. How can we best prepare ourselves for the outcome of the 2020 presidential election?

MOFFIC: Chuck, the publishing date of this interview is Oct. 20, 2020. There are three twenties in this date. If you play or have played poker, as I once did, that is three of a kind, a strong poker hand, if you will, the sixth best. Yet it may not be a winning hand, just as we can’t be sure who is going to win and what will be the aftermath, including the possibility of the “law of unintended consequences.”

Paradoxically, expecting the worst may be the best preparation. To pin your hopes solely on one outcome and then be emotionally crushed and ill-prepared when that doesn’t happen can be emotionally devastating.

We probably have some clues, don’t we? We know what President Trump has done during his first term, and that should have some predictive power if he gets a second term. Likely is an intensification of first-term actions. Since candidate Joe Biden was vice president during the prior Obama presidency, that should give us a sense of what he might tend to do.

Even so, some predict that there will be civil unrest with either result. A mentally healthy way to cope is to have something like “smash cakes” ready for a post-election party. One Chicago bakery is already taking orders for them with two versions: one an image of President Trump, the other of Vice President Pence (and the fly!) I’m quite sure Democratic cakes will be baked too. Take out your anger on smashing either one, or both, and then enjoy eating them up.

Chuck Buck is the publisher of RACmonitor and is the program host and executive producer of Monitor Monday.
PrevPreviousCMS Returns to Telehealth Well
NextThe Medicaid Single-State Agency Requirement and Fraud InvestigationsNext