Making the Case for Good Auditing 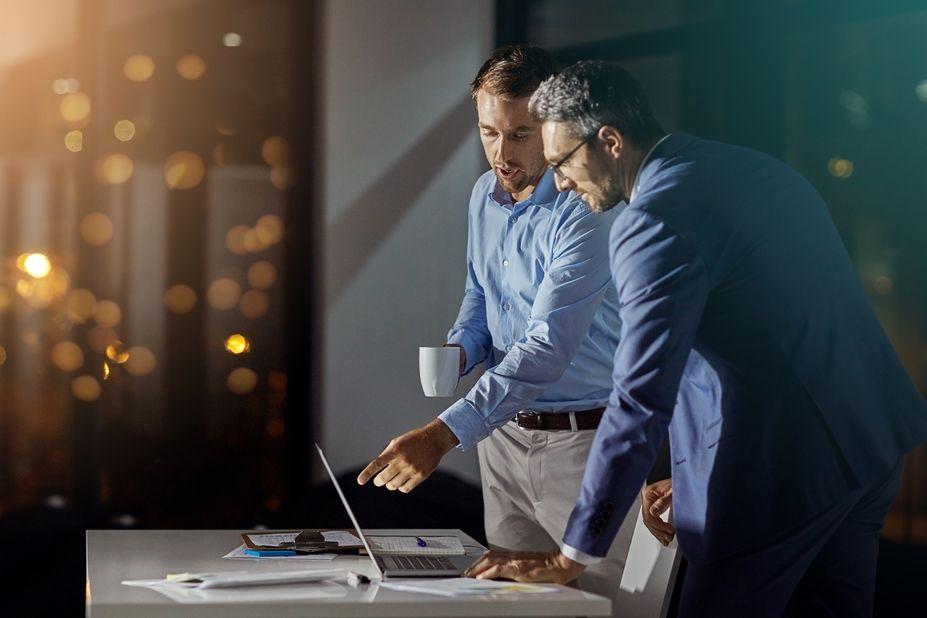 In this article, the author gives a shout-out to auditors for the good work they do.

For those of you who are CEOs, CFOs, medical directors, etc., I would like you to take a moment and read the excerpt below, written by a physician representing a facility, paying close attention to the last paragraph, which was part of an appeal letter sent to a payer:

“This particular situation was very well clarified in Coding Clinic, First Quarter ICD-10 2017, page 20, which stated “Question: A patient with bipolar disorder presents to the emergency department (ED) with mental status change, diarrhea, nausea, and vomiting after ingesting then lithium carbonate tablets with suicidal intent. She is admitted to the hospital, treated for acute lithium toxicity, and discharged to a skilled nursing facility. The provider’s diagnostic statement listed toxic encephalopathy due to lithium toxicity. Coding professionals are confused about the instructional note under code G92, which states, ‘code first (T51-T65) to identify toxic agent,’ because the code for lithium poisoning/toxicity is outside of the range. How is toxic encephalopathy due to lithium poisoning/toxicity coded? Answer: Assign code T43.592A, Poisoning by other antipsychotics and neuroleptics, intentional self-harm, initial encounter, as the principal diagnosis. Code G92, Toxic encephalopathy, should be assigned as an additional diagnosis.”
“Although you are of the opinion that the documentation does not support the diagnosis of toxic encephalopathy, you did not examine or treat the beneficiary. Your opinion is inconsistent with the record as a whole,” the excerpt continues. “Finally on this particular point, by virtue of the relationship as an employee of X payer, you cannot be considered a disinterested third part whose opinion would not be colored by a natural tendency to agree with the agency that employs or pays you. For these clear and convincing reasons, your opinions receive less weight than they otherwise might merit.”

Below are the facts for the patient, who was hospitalized in the facility from June 8-13, 2017. You be the judge.

A 59-year-old female with past medical history for bipolar affective disorder, generalized anxiety disorder (GAD), attention deficit hyperactive disorder (ADHD), and binge eating disorder had been seen in the emergency department (ED) two days prior to admission with bruises. She was again seen and admitted through the ED via emergency medical services (EMS) on June 8, 2017 for repeated falls and visual hallucinations. Per the ED documentation of ED admission on June 6, 2017, “she did admit that she took extra lithium on Friday night in order to help her sleep. She admitted she took 12 more than she should have.”

“She is adamant to me, as well as to him (her brother), that this was not a suicidal gesture. She was just trying to sleep and was uncertain as to what would help her sleep as she has chronic insomnia.” Per the assessment of June 6, 2017, “she received 2L (liters) of fluid and she is feeling better. Alcohol level was checked and negative. Lithium level is just slightly supratherapeutic at 1.13. I did obtain a CT (computer tomography) scan of the abdomen and pelvis given that she had a very large hematoma. Fortunately, besides the hematoma there is no evidence of intraabdominal or peritoneal bleeding. The brother is adamant he would like to take the patient home. I think this is reasonable.”

The discharge summary signed on June 13, 2017 indicated the principal diagnosis as “toxic encephalopathy due to accidental lithium overdose.”) Found to be lithium toxic with elevated serum lithium level of 1.29. She was seen in consultation by psychiatry and lithium dose held initially and indeed her symptoms of weakness, foot pain, hallucination, and overall unwell feeling improved. She was started on Seroquel at night and did not improve with sleep. Once the lithium came back to a low normal level, she was resumed on a smaller dose of 600mg. On discharge day, lithium level was 0.48 and she is feeling much improved. She was seen by occupational therapy and speech therapy and home occupational therapy along with visiting nurse arranged.”

After the first-level denial, the facility resubmitted a second appeal letter with the chart, which included a revised discharge summary signed Dec. 12, 2017 indicating that the “toxic encephalopathy due to accidental lithium overdose (addendum – toxic encephalopathy encompasses her well-documented delirium/confusion/mental status changes and hallucinations and is direct effect of lithium toxicity.”

Let’s address the appeal submission with the American Health Association (AHA) reference. The AHA reference indicates very specific documentation of toxic encephalopathy secondary to lithium toxicity. The documentation above is not consistent as to whether the condition is delirium or encephalopathy, and hence it is coded very differently, ultimately impacting the DRG.

Per the American Health Information Management Association (AHIMA) Guidelines for Achieving a Compliant Query Practice, generation of a query should be considered when the health record documentation is conflicting, imprecise, incomplete, illegible, ambiguous, or inconsistent, especially when considering diagnoses that are major co-morbidities (MCCs) and co-morbidities (CCs, also important on their own as severity measures) that can affect DRG assignment. Therefore, in the denial, it was stated that the documentation in the chart was conflicting and a query should have been placed to the attending. Also, DSM-5 in a “coding note” for delirium indicates: “Include the name of the other (underlying) medical condition in the name of the delirium. The other medical condition should also be coded and listed separately, immediately before the delirium. The ED provider documented that the patient’s clinical picture was consistent with acute encephalopathy vs delirium. The initial and subsequent psych evaluations indicated lithium toxicity and delirium. The only indication of toxic encephalopathy is found in the discharge summary dated June 13, 2017 and the amended discharge summary dated Dec. 12, 2017, post-claims submission. Therefore, a query of the provider requesting clarification should have been initiated prior to initial claim submission.

I read an amazing article on documenting and coding encephalopathy in ACP hospitalist dated January 2015, and I will quote some of it here: “delirium and acute encephalopathy are essentially two different terms describing the same condition. Delirium represents the mental manifestation while encephalopathy identifies the underlying pathophysiologic process. This is why the American Psychiatric Association’s Diagnostic and Statistical Manual of Mental Disorders, Fifth Edition (DSM-5), classifies acute toxic and metabolic encephalopathic states as delirium and does not use encephalopathy in its definitions.”

The coding classifications (ICD-9 and ICD-10) use “encephalopathy” to classify what DSM-5 calls delirium. ICD relegates delirium to a symptom of lesser importance. To permit correct coding for these cases, the term encephalopathy is needed to capture a true picture of the patient’s condition. Clinicians may continue to follow DSM definitions using delirium but should also incorporate the necessary ICD terminology to prevent understating the severity of illness of patients. Examples include the following:

For those of you who want to avoid queries, please follow the advice above and document if the patient has toxic encephalopathy causing delirium in the progress notes and discharge summary. You will not have to face a query and will be able to bill the entitled DRG with the MCC condition G92 (toxic encephalopathy).

Second, let’s address the late revision of the discharge summary. Although the addendum stated that “toxic encephalopathy encompasses her well-documented delirium/confusion/mental status changes and hallucinations, and is direct effect of lithium toxicity,” this additional documentation, whether listed as an addendum to the chart or in the appeal letter, must be disregarded by the reviewer. The above patient was a Medicare patient. Addendums to documentation cannot be considered, once the initial bill has been submitted.

Although it is permissible for amendments/corrections/addenda to be added to the patient’s medical record, it is important to do so in a timely manner. Medicare has clearly stated that “reasonable” means 24 to 48 hours. As such, it is important to understand that anything beyond 48 hours could be considered unreasonable. Providers should comply with this requirement. Those responsible for coding and/or entering charges need to be cognizant of the timeliness of medical record completion. It is not reasonable to expect that a provider would normally recall the specifics of a service two weeks after the service was rendered.  Per CMS (Transmittal 442 and CMS Program Integrity Manual (Pub. 100-08), chapter 3, section 3.3.2.5), in all cases, regardless of whether the documentation is maintained or submitted in paper or electronic form, any medical records that contain amendments, corrections, or addenda must:

In the case above, the requested third-level appeal was a DRG appeal, but did you know that you could have requested a peer review and not a DRG review? In a peer review, the auditor is a physician looking at the clinical picture rather than coding guidelines, and in the case above, it might have been overturned in favor of the facility. Just something to ponder!

Lastly, I would really like to address the reason I started to write this article in the first place. I believe that I have mentioned in previously written articles that you get more with honey than you do with vinegar, and therefore, the last paragraph of the appeal letter written by a physician was uncalled for.

Auditors, as in the case above, are certified through either through  AHIMA or through AAPC, and therefore must follow a code of ethics (read AHIMA’s at http://bok.ahima.org/doc?oid=105098#.WnC-MqinFPY).

Auditors look at an appeals case from all perspectives, using ICD-10 guidelines, UHHDS guidelines, AHA coding clinics, medical publications, etc., before rendering a decision. I know appeals are frustrating, but in an appeal letter, stick to the facts and leave out opinion. Have someone read all appeal letters before they go out and edit appropriately, omitting editorial comment.

In closing, I personally would like to give a shout-out to all of the auditors reading this around the country. You do an amazing job in the auditing and reeducation process, and I, for one, appreciate all of your efforts.