Is Medicare Advantage Really a Disadvantage? 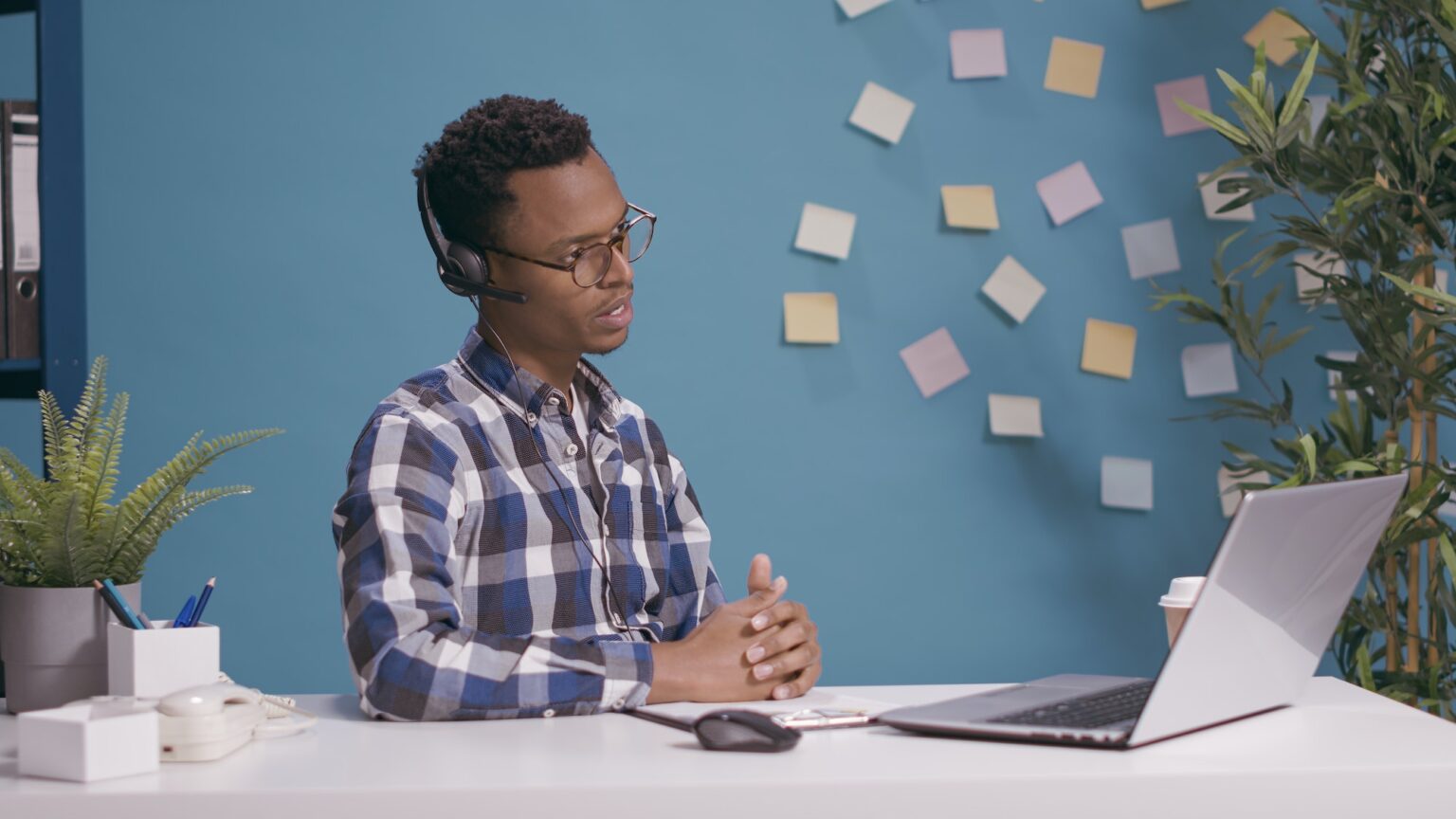 It’s autumn, and along with leaves changing color, pumpkin spice lattes, and cooler weather comes an avalanche of TV ads, commercials, and telephone marketing calls, all entreating us to believe that Medicare Advantage (MA) is the best thing since the invention of the cell phone.

With open enrollment season upon us, it’s critical to examine that claim. In traditional Medicare, the government pays doctors and hospitals directly. Recipients usually pay premiums and must meet deductibles, and many choose a supplemental “Medigap” plan to help with out-of-pocket costs.

Medicare Advantage was designed about 20 years ago as an alternative to traditional Medicare, meant to provide innovative ways of delivering care at lower costs. It pays insurers – middlemen – a monthly fee per patient to manage their care. Patient premiums are often lower than those of traditional Medicare, and can offer perks such as gym memberships or limited dental or vision care. It can be a very attractive package for a patient trying to decide on traditional Medicare versus an MA plan.

However, while traditional Medicare gives access to any participating provider, MA plans limit care to doctors and hospitals in their networks. They are also more likely to deny needed care by requiring prior authorizations for tests or procedures. It kind of sounds like the old health maintenance organizations (HMOs), right?

Earlier this year, the federal government reported that 13 percent of denials under MA would not have been refused under traditional Medicare. Medicare Advantage plans are also increasingly ending nursing home and rehabilitation care before providers consider patients ready to go home. While medical professionals make those decisions under traditional Medicare, in MA, the insurer decides. So instead of innovating care, MA seems to mainly withhold it.

It has also proven to be costly to the Medicare program. This is because such plans get higher government payouts for sicker patients, giving insurers an incentive to exaggerate the sickness of enrollees. According to federal audits performed in the last five years, 8 of 10 of the largest MA insurers have submitted inflated bills, and 4 of 5 of the very largest have faced federal lawsuits accusing them of fraud. In 2020 alone, these exaggerated “risk scores” generated $12 billion in excess payments. Because of this and other factors, the government actually spends 4 percent more for Medicare Advantage enrollees than those in traditional Medicare.

A recent Becker’s Hospital Review report indicated that the Centers for Medicare & Medicaid Services (CMS) is cracking down on deceptive marketing practices, and will no longer allow MA or Part D prescription drug plans to advertise on television without agency approval first.

The new policy is effective Jan. 1, 2023, and was discussed in an Oct. 19 memo from CMS to MA and Part D providers. The agency said it issued the new policy after reviewing thousands of beneficiary complaints regarding confusing, misleading, or inaccurate information from plans (plan sponsors are also responsible for all marketing activities from brokers and third-party agencies).

“CMS has conducted so-called ‘secret shopping’ by calling numbers associated with television advertisements, mailings, newspaper advertisements, and Internet searches to monitor the experience beneficiaries have engaging these entities,” the agency wrote. “Our secret shopping activities have discovered that some agents were not complying with current regulation and unduly pressuring beneficiaries, as well as failing to provide accurate or enough information to assist a beneficiary in making an informed enrollment decision.”

With television marketing specifically, CMS is concerned that MA sponsors overpromote plan benefits and savings to individuals who may not be eligible, along with using confusing words and imagery.

What is attractive to the new enrollee of a MA plan is that if they are not (yet) sick,  there low premiums and perks. However, the situation often changes when they develop an illness. They may find that a specialist or hospital they wish to see is out of network. They may experience delays or denials of care due to administrative barriers. Their out-of-pocket costs will often be higher.

A little-known fact about Medicare is that when patients are enrolled in MA for over 12 months, but want to change back to traditional Medicare, Medigap plans are no longer obligated to take them without underwriting, which involves passing a health screen. In other words, if you get cancer and want to go to a cancer center not covered by your MA plan, you may be stuck. Surely this program should be called Medicare “Disadvantage.” When a middleman makes profits from “managing” your healthcare, they inevitably do so by limiting the care you get.

The health system Kaiser Permanente called doctors in during lunch and after work, and urged them to add additional illnesses to the medical records of patients they hadn’t seen in weeks. Doctors who found enough new diagnoses could earn bottles of champagne, or a bonus in their paycheck.

Anthem, a large insurer now called Elevance Health, paid more to doctors who said their patients were sicker. And executives at UnitedHealth Group, the country’s largest insurer, told their workers to mine old medical records for more illnesses – and when they couldn’t find enough, sent them back to try again.

Each of the strategies – which were described by the U.S. Department of Justice (DOJ) in lawsuits against the companies – led to diagnoses of serious diseases that might have never existed. But the diagnoses had a lucrative side effect: they let the insurers collect more money from MA.

A 2019 New York Times review of dozens of fraud lawsuits, U.S. Department of Health and Human Services Office of Inspector General (HHS OIG) audits, and investigations by watchdogs shows how major health insurers exploited the program to inflate their profits by billions of dollars.

In statements, most of the insurers disputed the allegations in the lawsuits and said the federal audits were flawed. They said their aim in documenting more conditions was to improve care by accurately describing their patients’ health. But as risk adjustment coders know, only “active” conditions are to be listed for this purpose.

Now, as MA plans are in the news, they are causing some political controversies as well.

“Medicare Advantage is an important option for America’s seniors, but as Medicare Advantage adds more patients and spends billions of dollars of taxpayer money, aggressive oversight is needed,” said U.S. Sen. Charles “Chuck” Grassley of Iowa, who has investigated the industry, adding that efforts to make patients look sicker than they are and other abuses have “resulted in billions of dollars in improper payments.”

The government now spends nearly as much on MA’s 29 million beneficiaries annually as on the Army and Navy combined. It’s enough money that even a small increase in the average patient’s bill adds up: additional diagnoses led to $12 billion in overpayments in 2020, according to an estimate by MedPAC, the group that advises Medicare on payment policies. That’s enough to cover hearing and vision care for every American over 65.

Congress gave CMS the power to reduce insurers’ rates in response to evidence of systemic overbilling, but the agency has never chosen to do so. A regulation proposed in the Trump Administration to force the plans to refund the government for much of the incorrect payments has not been finalized, four years later.

Some critics say the lack of oversight has encouraged the industry to compete over who can most effectively game the system, rather than who can provide the best care.

“Even when they’re playing the game legally, we are lining the pockets of very wealthy corporations that are not improving patient care,” said Dr. Donald Berwick, a CMS administrator under the Obama Administration.

Last year, the OIG noted that one company “stood out” for collecting 40 percent of all Medicare Advantage’s payments from chart reviews and home assessments despite serving only 22 percent of the program’s beneficiaries. It recommended that Medicare pay extra attention to the company, which it did not name, but the enrollment figure matched UnitedHealthcare’s.

A civil trial accusing UnitedHealth of fraudulent overbilling is scheduled for next year. The company’s internal audits found numerous mistakes, according to the lawsuit, which was joined by the DOJ. Some doctors diagnosed problems like drug and alcohol dependence or severe malnutrition at three times the national rate. But UnitedHealth declined to investigate those patterns, according to the suit.

Even before the first lawsuits were filed, regulators and government watchdogs could see the number of profitable diagnoses escalating. But Medicare has done little to tamp down overcharging.

Several experts, including Medicare’s advisory commission, have recommended reducing all the plans’ payments.

The agency does periodically audit insurers by looking at a few hundred of their customers’ cases, but insurers are fined for billing mistakes found only in those specific patients.

There are signs the problem is continuing.

“We are hearing about it more and more,” said Jacqualine Reid, a government research analyst at the OIG who has analyzed MA overbilling. Now, if the OIG can only light a fire under CMS and HHS to stop these suspect practices that are all but draining the Medicare program of funds.

Terry Fletcher, BS, CPC, CCC, CEMC, CCS, CCS-P, CMC, CMSCS, CMCS, ACS-CA, SCP-CA, QMGC, QMCRC, is a healthcare coding consultant, educator, and auditor with more than 30 years of experience. Terry is a past member of the national advisory board for AAPC, past chair of the AAPCCA, and an AAPC national and regional conference educator. Terry is the author of several coding and reimbursement publications, as well as a practice auditor for multiple specialty practices around the country. Her coding and reimbursement specialties include cardiology, peripheral cardiology, gastroenterology, E&M auditing, orthopedics, general surgery, neurology, interventional radiology, and telehealth/telemedicine. Terry is a member of the ICD10monitor editorial board and a popular panelist on Talk Ten Tuesdays.
PrevPreviousCoding Update for Acidosis Introduced
NextCMS Unveils 2023 Physician Fee ScheduleNext