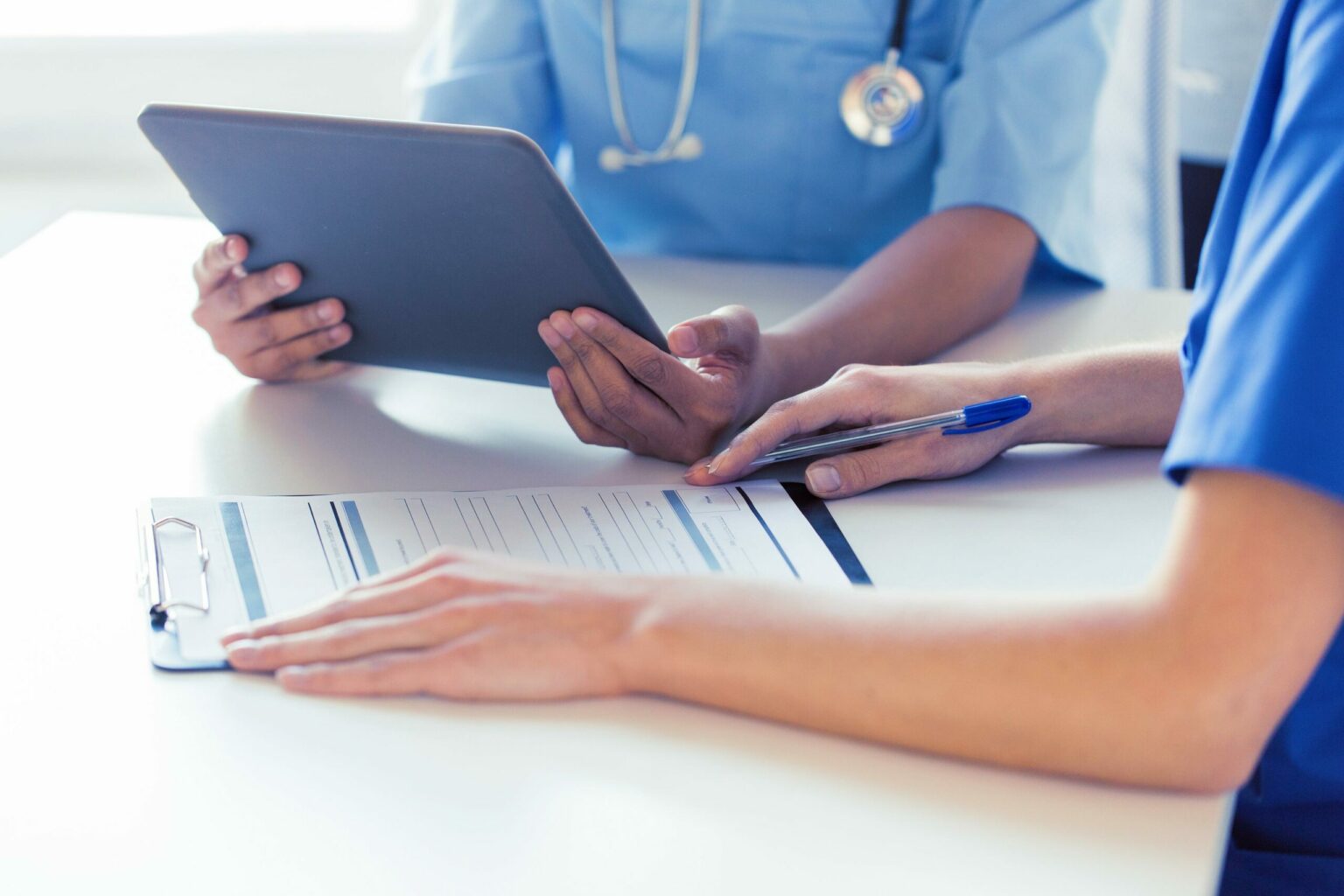 At the beginning of the month, I attended an interesting conference through Case Western Reserve University School of Medicine called, “Electronic Health Records and Patient Safety: Legal Challenges and Solutions.” I am going to unpack it for you in a two-part series. I have included links to articles and websites which I recommend you check out.

First, we explored the current state of electronic health records (EHRs)and the problems encountered. It was very interesting to hear this from the lawyers’ perspective, including a mock trial highlighting all sorts of EHR pitfalls.

In 2004, President George W. Bush made transitioning from paper to an electronic medical record (EMR) a priority. The goal was to have all records computerized within ten years. They established the Office of the National Coordinator for Health Information Technology (ONC) under the U.S. Department of Health and Human Services (HHS). The Health Information Technology for Economic and Clinical Health (HITECH) Act, part of the American Recovery and Reinvestment Act of 2009, provided financial incentives for institutions to adopt certified EHRs, known as “meaningful use” (sometimes we refer to this as “meaningless abuse!”).

There are eight core EHR functionalities which were felt to represent the significant advantage of EHR over paper records:

But the execution of the EHR did not meet the ideal. The user interfaces are often not intuitive and are difficult to navigate. Structured field design often limits the clinical provider and prevents the natural telling of the story. There’s an alert burden and fatigue. The governmental regulations make documentation onerous.

Dean Sittig, Ph.D., from UTHealth in his lecture regarding the attributes, benefits, and shortcomings of EHRs listed general categories of EHR-related safety concerns:

His opinion is that EHRs need a sociotechnical approach because it is a complex interaction between people, processes, technology, and the working environment. When there is a problem, it is sometimes hard to isolate a single point of failure…or of corrective action.

One of the points he made which I found enlightening was that if a lawyer receives a print-out of the medical record, it does not represent the view that the provider saw, the screens or drop-downs that the provider used, how the text was entered, any alerts or warnings, the options the user had on their interface, or any of the other distracters. The metadata is not present in the print-out either.

Nicholas Terry, a law professor from Indiana University, gave us insights to the future of EHRs and the role of automation and artificial intelligence. I had a discussion with him afterward because he predicts that there will be no need for waiting rooms in the future. He thinks that predictive analytics with the right data (e.g., how long previous visits have taken, the number of diagnoses a patient has, the data to be discussed, autonomous vehicles with current traffic patterns, etc.) will eliminate the waste of time in the waiting room. I’m not convinced, because I worked in an ED for 25 years. Interesting concept, though.

The next talk was by lawyer Darrell Ranum from The Doctors Company, a medical malpractice insurer (I love that!) and Scott Lucas, Ph.D., who is the director of Accident and Forensic Investigation from ECRI Institute.  Their first point was that claims solely related to EHR-associated errors are pretty darned low (199 in seven years of claims for The Doctors Company). The EHR is usually a contributing factor rather than the primary cause of a bad outcome (i.e., Swiss cheese model: [https://www.ncbi.nlm.nih.gov/pmc/articles/PMC1117770/#__sec5title]). Primary care like IM and FP, cardiology, and orthopedics lead the pack of service lines with EHR factors impacting on lawsuits. User issues (60 percent) were slightly more prevalent than technology/design issues (48 percent); they don’t add up to 100 percent because some cases had both causes.

One of the cases that Mr. Ranum presented was a woman who was placed on Flomax instead of Flonase nasal spray due to the EHR automatically finishing “F..L..O..” and the physician accidentally clicked on it. This type of error was referenced by several speakers. Alphabetical listing of dosages can put 200 mg right after 15 mg and a misplaced mouse can kill a patient.

But some of the cases which were presented were not EHR errors; they were bad medicine (and, you know me, I pointed that out to them). Copy and pasting an unchanging physical exam for four days straight in a patient developing paralysis is more likely to me to be a failure to examine the patient as opposed to accidentally forgetting to mindfully edit the documented PE. Copy and paste and prepopulating was cited as being an issue in 14 percent of cases.

Dr. Lucas defined a health IT-related safety event as one which is triggered by, or related to, technology which has caused harm, has the potential to cause patient harm, or that causes a delay in treatment or misdiagnosis. These errors would not have occurred had the technology not been utilized.

He gave an example of a properly executed order to discontinue anticoagulation into an EHR which had a faulty interface with the pharmacy system. The patient received eight extra doses. To me, the real travesty was that this should have elicited an immediate change in the system, but the IT department indicated that the next planned system upgrade was going to have to address the problem.

He also gave examples of a provider entering information into the system which was not viewable by another provider who needed that information to properly care for the patient (e.g., delayed medication reconciliation). The mismatch between real workflows and HIT were involved in 47/142 (33 percent) ECRI cases. A confusing information display was noted to be a contributing factor in 54/142 (38 percent) cases.

There are two toolkits available for free from ECRI which you may want to check out:

I’m going to stop here. Next week, we will post Part II.

Erica Remer, MD, FACEP, CCDS, has a unique perspective as a practicing emergency physician for 25 years, with extensive coding, CDI, and ICD-10 expertise. As physician advisor for University Hospitals Health System in Cleveland, Ohio for four years, she trained 2,700 providers in ICD-10, closed hundreds of queries, fought numerous DRG clinical determination and medical necessity denials, and educated CDI specialists and healthcare providers with engaging, case-based presentations. She transitioned to independent consulting in July 2016. Dr. Remer is a member of the ICD10monitor editorial board and is the co-host on the popular Talk Ten Tuesdays weekly, live Internet radio broadcasts.
PrevPreviousSocial Determinants of Health in the News
NextNew Guide Revealed for Tele-behavioral HealthNext