COVID-19: The Long Road Ahead 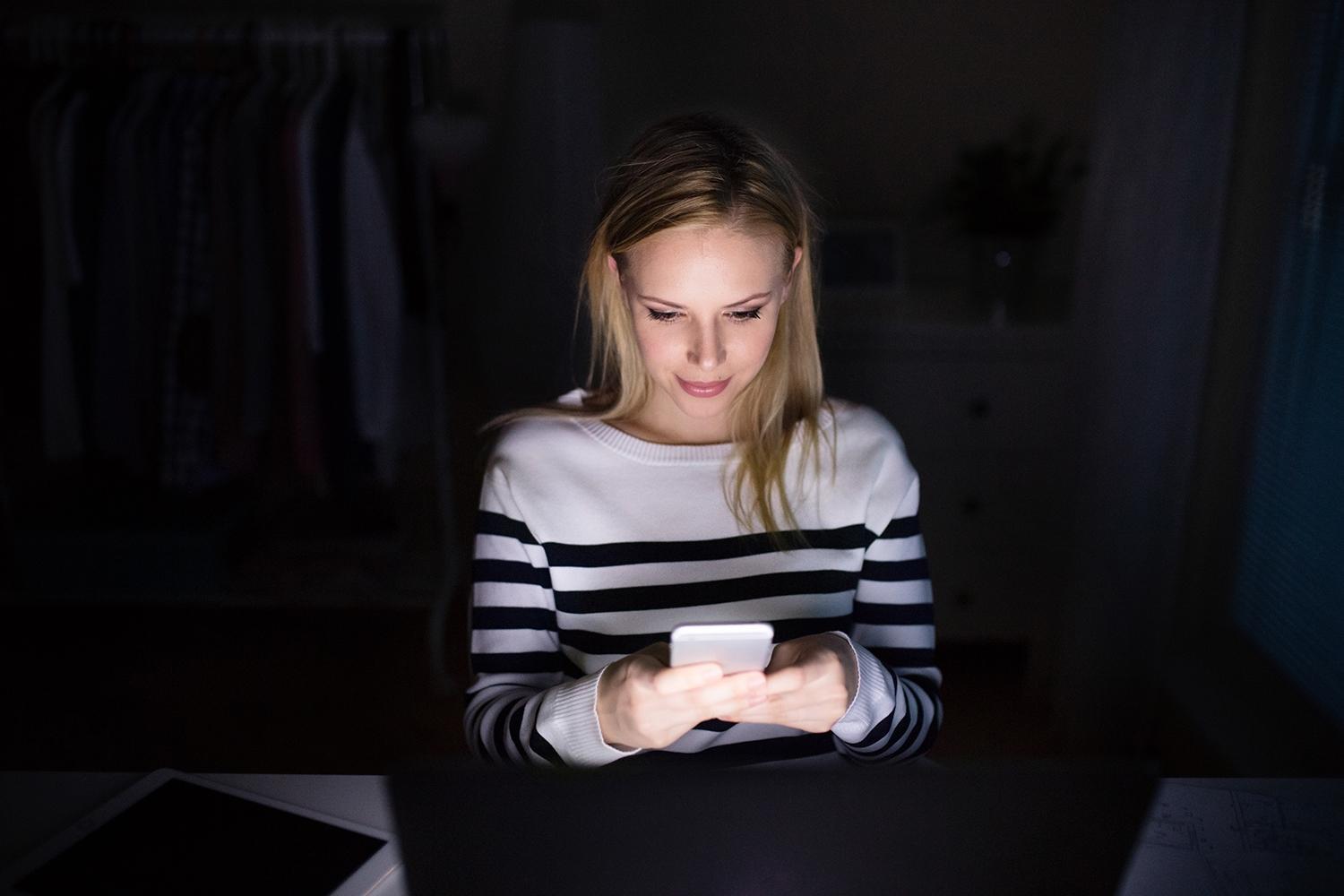 The uncomfortable truth about the coronavirus pandemic? A near-total and indefinite shutdown of American life is probably just the beginning.

EDITOR’S NOTE: Veteran RACmonitor and ICD10monitor Editor and Correspondent Mark Spivey has spent the last week with his wife at their home in Monmouth County, New Jersey, working remotely and preparing for a long hiatus from public life. What follows is a column reflecting his opinions and his alone, interspersed with supporting facts and their sources.

A stubborn habit of mine, for as long as I can remember, has been explaining personal experiences using pithy quotes from some of my favorite movies.

Here’s an example of the most recent version, which I just can’t seem to shake out of my head.

First, the experience: last Tuesday, so just 10 days before the time of this writing, I spent the better part of 20 minutes trying to explain to two colleagues my rationale for advocating for the postponement of a public event, for which the vast majority of our several dozen attendees were expected to be seniors. They’re going to be the population hit hardest when COVID-19 really ramps up, I pleaded. The venue space is too small, and there will be too many people crowded too closely together, creating a prime environment for contagion spread, I begged. I’m not going to sound nearly as crazy in a few days, I promised.

No dice. Couldn’t change their minds.

Fast forward a week – when schools, courts, nonessential places of business, professional sports, nonprofessional sports, Broadway, Disney World, and countless other public and private venues, not just here in the Garden State, but across the entire country, have been shut down indefinitely by order of various iterations of government – and I kept thinking back to a line from I, Robot, the 2004 science-fiction movie based on the 1950 Isaac Asimov short-story collection of the same name. In the movie, our protagonist, Del Spooner, is a police detective in a 2035 Chicago dominated by sophisticated robots being seamlessly integrated into daily American life. Spooner, played competently enough by Will Smith, is utterly convinced that the seemingly benevolent robots are planning a hostile takeover of control from their human masters, but he finds himself unable to prove it – until, that is, he saves a previously skeptical colleague from being murdered at the hands of a rogue one.

“You know,” Smith quips, just after taking the robot down in a flurry of gunfire, “somehow, ‘I told you so’ just doesn’t quite say it.”

The worst part about that quote? I fear that it’s not the last time I’m going to be reminded of it. Not by a long shot. Because the most uncomfortable truth about what we’re all going through, as a nation and as a species, is that the worst is almost certainly yet to come. And it’s not even close to arriving – at least not here in the U.S.

Let me explain exactly what I mean, because there’s a factual basis for the pessimism.

A few days ago, a dear friend of mine who works for the federal government, in the field of public health, put something on Facebook that caught my eye. It was a link to a Medium post penned by a software executive named Jason S. Warner, titled “The Sober Math Everyone Must Understand about the Pandemic.” //medium.com/@Jason_Scott_Warner/the-sober-math-everyone-must-understand-about-the-pandemic-2b0145881993“>https://medium.com/@Jason_Scott_Warner/the-sober-math-everyone-must-understand-about-the-pandemic-2b0145881993

“For those of you not taking action, or believing the pandemic to be ‘over hyped,’ I can tell you this is not hype. It’s math. And you need to understand it,” Warner began. “For those of you who don’t know me well, I am analytical and metered. I don’t freak out, nor do I respond emotionally. I also don’t post a bunch of bullshit or political or controversial stuff on Facebook. I founded and am CEO of a successful software company that provides SaaS based data, analytics, and dashboards to recruiting departments at companies we all know.”

“I share all this personal information only to help you understand that I am not a journalist, and I’m here to tell you the whole truth about what is happening with the pandemic, and explain the math in simple terms,” Warner added.

The rest of Warner’s post methodically and thoroughly lays out the statistics that outline the current state of the pandemic in the U.S. The only problem is that it’s four days old. So it’s already outdated.

Still, the statistic that jumped out most to me was, as Warner notes, Harvard University and Massachusetts General Hospital have estimated that there are about 50 times as many infections than known infections, nationwide.

Of course, “known infections” is a moving target. There were about 5,700 across the country this past Tuesday, and two days later (yesterday), there were 11,500. But for argument’s sake, let’s apply the Harvard/MGH estimate to that latter figure.

So as of yesterday, there were an estimated 575,000 cases nationwide.

With the exponential growth of confirmed cases in the U.S. only now truly getting underway – remember, it wasn’t until a week and a half ago that there were even 100 new cases reported on any given day – we can easily surmise that as testing kits finally become more widely available and results start coming back, it’s no stretch to think that we’ll soon be talking about diagnoses being counted in the millions, not thousands or tens of thousands or even hundreds of thousands.

And that’s the problem.

The federal government hasn’t publicly announced estimates for the titanic demands COVID-19 might place on American hospitals, when the height of the pandemic finally arrives. But a good guesstimate (though a broad range) for how many ICU beds we’ll need come from the high and low ends of an earlier federal report looking at a hypothetical flu outbreak that could range from moderate to severe: somewhere between 200,000 and 2.9 million. (https://www.usatoday.com/story/news/health/2020/03/18/coronavirus-ventilators-us-hospitals-johns-hopkins-mayo-clinic/5032523002/)

The American Hospital Association (AHA) also recently estimated that nearly 1 million Americans could need respirators to provide mechanical help to breathe during the height of the pandemic.

These are disparities that can’t be reconciled with some spackle or elbow grease. It’s not as though we’re just about there, and the federal government just needs to spur a couple of factories into ramping up production. No, we literally need ten times what we have, in some cases. If we’re lucky. Put the estimate on the other side of the range, and it’s 30 times what we have.

(Granted that hindsight is 20-20, but right now we could really, really use some of those hospitals that have been closing at a rate of 30 annually across the country for the last few years, according to the AHA).

What’s more, sure, that federal report on a hypothetical flu outbreak is a helpful guide to underscore the yawning chasm of a resource shortfall we’re looking at – but no matter how many pundits shriek about it, this isn’t the flu. This so isn’t the flu that it borders on irresponsible and dangerous to even suggest that it’s similar.

For one thing, it’s estimated that 1.3 people will be infected by your average individual stricken with the flu, a fact partially attributable to the fact that our bodies have built up natural immune defenses to its various strains over the course of many generations. For COVID-19, the estimate is 2.0-2.5 additional infected people.

For yet another thing, a recent virologic analysis of a group of infected patients showed that they produced peak concentrations of more than 1,000 times the viral load of patients afflicted by the severe acute respiratory syndrome (SARS) outbreak of 2002.

So as uncomfortable as it may be to even consider, those estimates that we may need 10 times as many ICU beds and respirators as we have may very well be conservative.

By this point you might assume that I have literally no optimism to share. On the contrary. The national response to the pandemic over the last 10 days has been nothing short of astonishingly remarkable. Our elected leaders collectively did something previously thought more or less unimaginable by mandating curfews, closures, shutdowns, and quarantines, embracing the only hope we probably ever really had of “flattening the curve.”

Yet there are still untold numbers of people going to work in cramped, poorly ventilated closed quarters every day. There are still people going home to overcrowded apartments and lofts. There are still enormous throngs of blissfully ignorant partiers on the beaches of the most popular spring break destinations across the Western Hemisphere, unwittingly priming themselves to literally murder their grandparents when they get back home.

I think just about everyone can agree that in spite of the suspension of anything resembling normalcy for the foreseeable future, and trillions of dollars being annihilated out of the stock market, the human toll of the pandemic is what’s most worrisome. “Social distancing” wouldn’t suddenly be part of our shared lexicon if it wasn’t. People are dying, and many more are going to die, and together we have wisely decided that it’s probably best if we all try to do something about it.

But the last uncomfortable truth I’ll mention is that for many of those people at risk, it’s likely already too late. They’re already gone; it just hasn’t happened yet. Because no one I know of is able to snap their fingers and produce half a million respirators in the blink of an eye. And when the hospitals fill up (many of them are already there) and the resources run dry, we’re going to realize, that as a Johns Hopkins University surgeon and public health policy expert recently put it, what we’ve seen out of northern Italy over the last couple of weeks is “a preview of a movie that is about to play in the United States.”

Watching all of this unfold has reminded me of my days as a reporter for a daily newspaper here in Central Jersey. After transitioning from the sports desk to the news desk, along with many other responsibilities, I found myself taking on our weather beat, filing articles about what to expect when bad weather hit, then following up after the storm came through.

Having accumulated numerous meteorologist and climatologist contacts, one of them I trusted and respected most told me one morning in October 2012 that his long-term projections were shaping up to show an increasing likelihood for a coastal storm of historic proportions.

I debated internally for a while before even pitching the story to my editor. On the one hand, no one wants to be accused of being an alarmist. But on the other hand, I told myself, if I could even just convince a few readers to take the situation more seriously than they would have otherwise, maybe it would help mitigate an untold number of some of the more negative impacts.

I took a beating when the story ran the next day – from readers, from colleagues, even from my own wife, who called me a fear-mongerer.

I took absolutely no pleasure in seeing the terrified look on her face a week later, when the power went out and the winds ramped up and the roof started groaning and buckling above us, thanks to what eventually earned the name Superstorm Sandy, a leviathan that caused $70 billion in damage up and down the East Coast and killed more than 200 people.

I wish I had been wrong then. I hope I’m wrong now. But if reading this causes a few people to stop and think about what they can do differently, it’ll be worth it, either way.

Mark Spivey is a national correspondent for RACmonitor.com, ICD10monitor.com, and Auditor Monitor who has been writing and editing material about the federal oversight of American healthcare for more than a decade.
PrevPreviousCOVID 19 Has New Code in April
NextCOVID-19 Impacts Regulations on SNF Waivers and TelehealthNext