CDI Has Evolved, but our Metrics Haven’t: Should CMI be a Performance Metric? 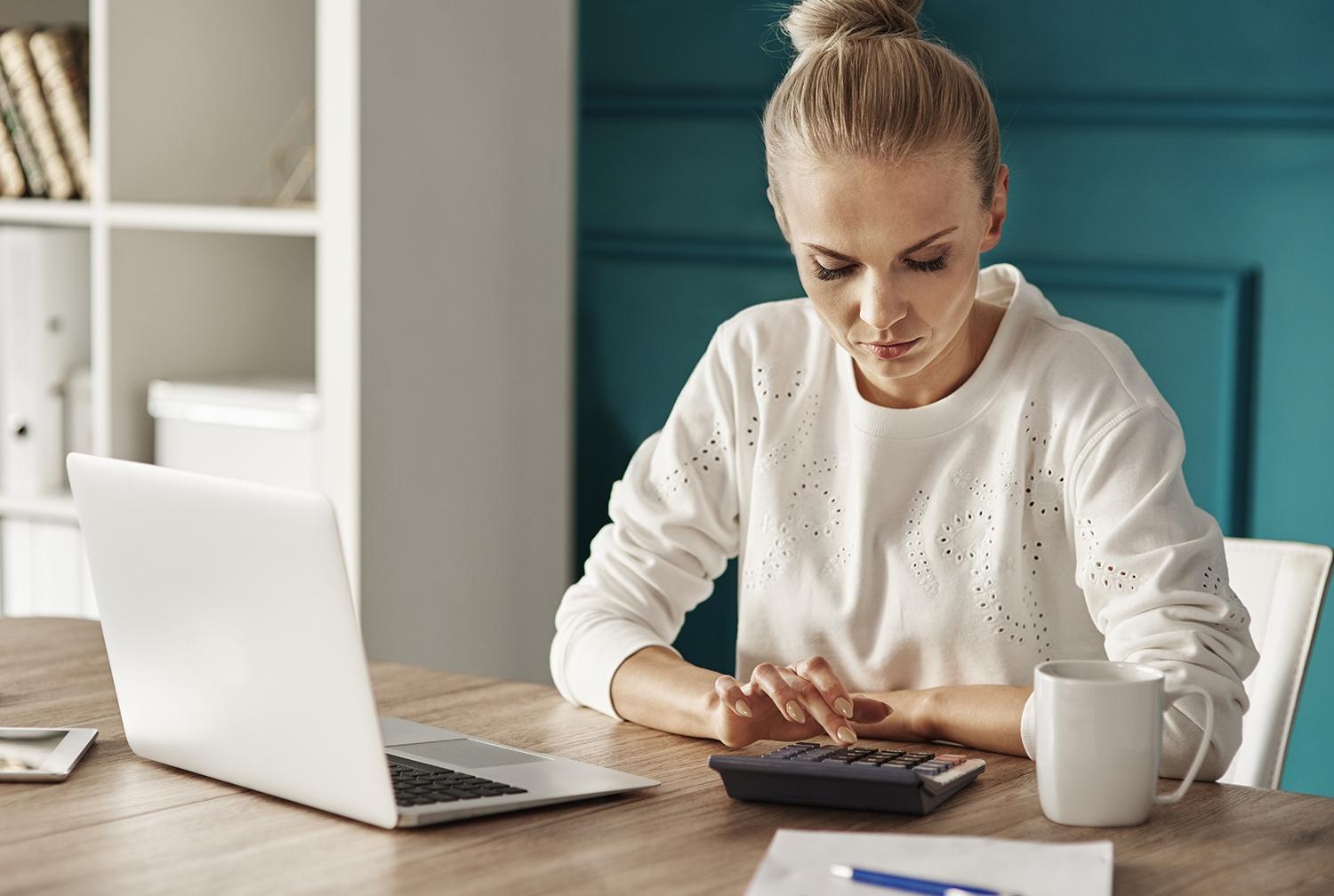 The idea that CMI can continue to increase year over year as a result of improved documentation and coding accuracy is likely misguided.

An important concept often lost in today’s world of healthcare reimbursement is that the DRG system was designed to eliminate the relationship between hospital charges and payments. It was designed to cover “most routine operating costs attributed to patient care, including routine nursing services, room and board, and diagnostic and ancillary services,” according to the U.S. Department of Health and Human Services (HHS) Office of Inspector General (OIG).

The bundling of routine labor and nonlabor services needed to treat “similar” patients allowed the Centers for Medicare & Medicaid Services (CMS) to create an “average” payment rate. DRG payments are calculated using a relative weight that is standard across all hospitals and an operating rate, which is sometimes referred to as the “base rate,” that varies by hospital. The base rate is a combination of a hospital’s operating and capital base payments that are adjusted to reflect geographic factors, patient case mix, facility characteristics.”

Both the relative weight and a hospital’s base rate are adjusted annually, effective the beginning of the Medicare fiscal year, Oct. 1. Each relative weight reflects the average level of resources for an average Medicare patient in each DRG, relative to the average level of resources for all Medicare patients.  That means some patients within a particular DRG will have costs that exceed the average, while others will have lower costs, but the average occurs at a national average, not at the facility level. In other words, some hospitals are able to provide healthcare services that allow them to offset their costs with their MS-DRG payment (e.g., are profitable), while others will spend more than the reimbursement. The weights are intended to account for cost variations between different types of treatments, so more costly conditions are assigned higher DRG weights.

The key concept is cost. Are costs aligned with acuity? Many organizations employ clinical documentation improvement (CDI) professionals to “capture” complications and comorbidities (CCs) and major CCs (MCCs), as well as increase an organization’s case mix index (CMI). Implementation of the Inpatient Prospective Payment System (IPPS) and the DRG reimbursement mechanism led CMS to introduce this new metric, CMI, defined as “the average diagnosis-related group (DRG) relative weight for that hospital” by CMS.gov.

The DRG system allowed for the possibility that some patients (in some disease groups) may require more than “average” services, which could be demonstrated by the presence of a secondary diagnosis classified by CMS as a CC or, beginning with FY 2008, a MCC. The DRG reimbursement mechanism allows CDI professionals to “move” some DRGs to reflect higher patient acuity, which is associated with greater resource consumption, to achieve “maximum” reimbursement. More costly patients are assigned to higher-weight MS-DRGs. If more cases are billed under higher relative weight MS-DRGs, translating into a higher CMI, this translates into more reimbursement, but that does not equal profitability. What is often lost in translation is that not only is CMI not tied to hospital charges, it also isn’t tied to the actual expenses associated with caring for a patient in a particular DRG. DRGs only require “that the resources used are relatively consistent across the patients in each DRG,” allowing that “some variation in resource intensity will remain among the patients in each DRG … but the level of variation is known and predictable.” Yes, there are mechanisms within the formula of each organization’s operating base rate to adjust payments for factors like market conditions, new technology, and bad debt, but the weight assigned to each DRG reflects the average relative costliness of cases in that DRG group, compared with that for the average Medicare case. Again, we are dealing with averages across the entire Medicare fee-for-service population, not averages within a particular healthcare organization. CMS annually adjusts relative weights based on standardized charges and case costs in MS-DRGs. CMS also annually reviews the DRG definitions to ensure that each group continues to include clinically similar conditions requiring similar inpatient resources and reassigns them to different MS-DRGs as needed. With the implementation of ICD-10-CM, we are still seeing shifts in DRG assignments, as MS-DRGs are being updated with claims coded under ICD-10-CM and ICD-10-PCS.

Why does all of this matter? If you recall, as noted in my last article, the DRG system was “maxed out,” leading to the implementation of MS-DRGs, in FY 2008. Implementation of MS-DRGs created a new opportunity for organizations to “grow” their CMI. However, the idea that CMI can continue to increase year over year as a result of improved documentation and coding accuracy is likely misguided. The issue discovered by early DRG analysis, which some could argue remains today, is the inability to determine the proportion of CMI increase due only to increased patient resource requirements, compared to increases based on better documentation and coding practices.  Eventually, the acuity of the patient population will be reflected in the CMI. I would argue that many healthcare systems with mature CDI departments may have reached this threshold, whereas most “low-hanging fruit” has been plucked off the tree by CDI professionals, and there is very little ability to “grow” CMI and find incremental revenue. It is unrealistic to think that CMIs can continue to increase when the MS-DRG system is at risk of being “maxed out” at most hospitals with mature, high-performing CDI departments. Yes, it is possible to still move some patients to better-paying DRGs, but with so many patients already billed with DRGs that include CCs and MCCs, there may not be many more opportunities to capture more CCs or MCCs. Additional changes in CMI are likely to reflect changes in admission patterns.

Changing admission patterns are likely having a bigger impact on CMI than documentation and coding practices. That does not mean that organizations should eliminate their CDI departments; it just means that CMI is likely to be a less relevant indicator of a successful CDI department.

As more services move to the outpatient setting, CMI increases, because less acute patients are not lowering the inpatient CMI. A prime example of this phenomenon occurred during the spring of 2020, as only the most acute patients were admitted due to COVID-19. For many organizations, CMI grew, as during this period, elective surgeries were suspended and many admissions were limited to only the most acute patients. Iodine Software research found that “for a certain number of facilities, the volume of medical admissions during COVID-19 is similar to their historical volume, but case mix index (CMI) increased dramatically due to a higher percentage of COVID-19 cases.” Yet surgical cases are typically paid at higher MS-DRGs, and some would argue that many surgical procedures are more profitable than medical admissions. A study by Best found that “cancellation of all elective procedures would result in estimated losses of $16.3 to $17.7 billion per month in revenue and $4 to $5.4 billion per month in net income to U.S. hospitals.” COVID is teaching us an important lesson regarding relationships among the mid-revenue cycle mechanism – gatekeeping results in a higher CMI. Most medical CMIs increased, and surgical likely only had a slight decline, if any, because the hospital only treated the “sickest of the sick.”

What CFOs should really be considering is if the hospital is profitable under the current patient mix. Is there balance between patient acuity and the hospital resources used to treat each patient? Think about it this way: if higher relative weight reflects greater hospital resource consumption, then how does a higher CMI equal profitability? It did when there was incremental money to be found by improving documentation and coding practices, but is anybody examining the relationship between CMI and profitability within your organization? The operating margin in a basic probability metric that shows income derived from patient care operations measures the extent to which the hospital or healthcare system is profitable. The reality is that if the resources used to treat patients are greater than the “maximum” Medicare payment, an organization can have a high CMI, but a low hospital margin. A 2019 Advisory Board report found that “hospital and health system margin pressures are intensifying as expenses continue to outgrow revenue … (and) the gap between cost growth and revenue growth increased between 2016 and 2017, and operating margins dipped to a 10-year low point.” The American Hospital Association (AHA) puts it more clearly, stating that “a positive operating margin is essential for long-term survival. Few organizations can maintain themselves for an extended period when total expenses are greater than total revenues.”

Even though CMI has been increasing, margins have been steadily declining. So that begs the question: how high of a CMI is enough? The reality is that CMI is really smoke and mirrors. Yes, a high CMI can affect the patient mix calculation for the base rate, but it is unlikely that any organization can “grow” their way out of their financial difficulties by increasing a CMI that is likely already maximized against their patient acuity. Again, look no further than the impact of COVID-19, with higher CMIs that resulted in a “downturn in volume of patients and revenue, while expenses remained high.” A report commissioned by the AHA found that median margins are forecast to drop to -3 percent in the second quarter of 2020, and without further government support, they could drop even further to -7 percent in the second half of 2020.

So, what are organizations to do? First, think about different ways to measure the success of your CDI department. Maybe the focus should be more on maintaining the current CMI than growing it. Is it really necessary to continue to measure CC and MCC capture? Do CDI departments still need to demonstrate a return on investment? CDI departments are mainstream, and are required to maintain a competitive advantage as we see how much precise documentation and accurate coding can impact more than CMI, especially under value-based reimbursement mechanisms. CMS will continue to make adjustments to MS-DRGs, and as diagnoses classified as CCs or MCCs become more prevalent within the Medicare population, they are likely to be reclassified, because the cost of treating the disease becomes absorbed in the average payment, and new CCs and MCCs are likely to be added – so the work of CDI is far from over, it is just changing.

Shouldn’t we as an industry change as well? Let’s focus more on profit margins by also moving toward the concept of medical necessity. No, I don’t mean taking over the role of utilization review or case management professionals; I mean helping our organizations better understand the relationship between the prospective payment associated with a MS-DRG and how that translates into hospital resources. Do the resources used to treat a patient with a “maxed” MS-DRG exceed the reimbursement? Does the facility use the same resources for all patients, regardless of their acuity (e.g., associated MS-DRGs so the resources used on a patient without a CC or MCC are the same as one with a MCC within the same DRG)? Is the MS-DRG system being used as intended?

Are all services medically necessary, and can the organization differentiate between levels of patient acuity within the same DRG in the services they provide (e.g., resources used)? It might be something worth exploring within your organization. 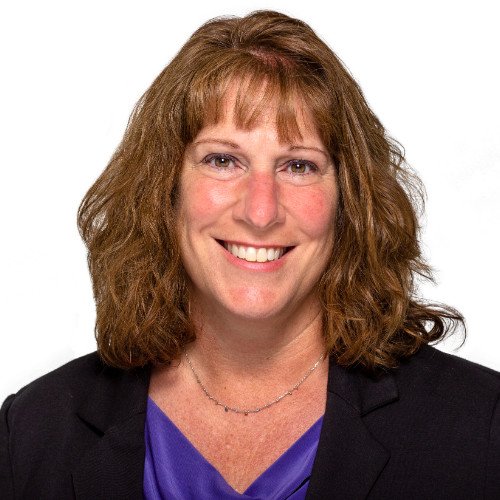 Cheryl is the Director of CDI and UM/CM with Brundage Group. She is an experienced revenue cycle expert and is known internationally for her work as a CDI professional. Cheryl has helped establish industry guidance through contributions to ACDIS white papers and several AHIMA Practice Briefs in the areas of CDI, Denials, Quality, Querying and HIM Technology.
PrevPrevious2020: The Only Certainty is Uncertainty
NextICD-10 Codes Amid the Pandemic and the U.S. ElectionNext