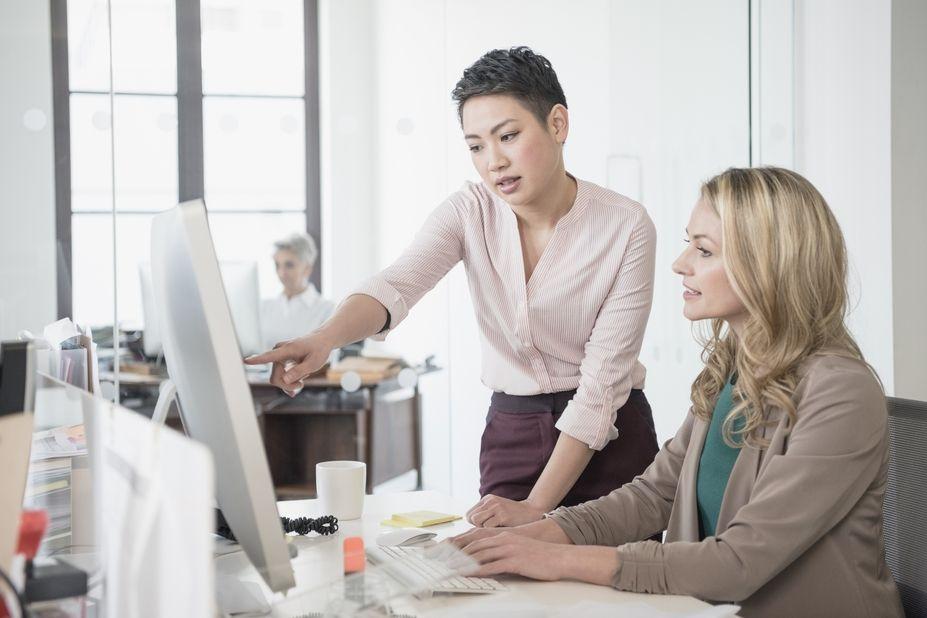 The ICD-10 code set is growing, and feedback from the medical community on the changes is needed.

This is the second piece in a series of articles encompassing a review of the Coordination and Maintenance (C&M) Committee meeting held March 6 and 7, 2018. What follows is a review of the diagnosis code proposals, as the comments on these proposals are due May 11, 2018, and they are scheduled for implementation, if accepted, for Oct. 1, 2019. The URL for the meeting materials and webcast recordings are listed below. Comments on procedures should be emailed to nchsicd10CM@cdc.gov. When commenting, consider the current documentation as well as the meaningfulness of the resulting data.

Acne Vulgaris is an acne condition that affects the face, upper chest, and upper back. There is currently one code for acne vulgaris, and it does not include severity. The proposal is to include severity of unspecified, mild, moderate, and severe. The highest frequency of this condition is at the moderate level of severity. The drawback to introducing severity is that the level is defined by each physician, and coding varies among physicians. This request comes from Sun Pharmaceuticals Industries, Inc.

Cyclical Vomiting Syndrome was presented in September 2017 at the C&M meeting at the request of the American Hospital Association’s (AHA’s) Coding Clinic Editorial Advisory Board. The proposal is to make changes to the code titles for G43.A0 and G43.A1, to include migraine as a non-essential modifier. A diagnosis code also would be added to the R11 category to capture cyclical vomiting syndrome unrelated to migraine. An Excludes1 note would be added under R11.15 to exclude (G43.A-) and Excludes2 for diabetes mellitus due to underlying condition (E08.-). Currently, cyclical vomiting syndrome unrelated to migraines is captured using R11.0 (Vomiting, unspecified), which is not an adequate representation of the patient’s condition.

Deficiency of Adenosine Deaminase 2 is a deficiency that can include inflammation of various tissues, mottled rash, early onset of strokes, vasculitis, and immunodeficiency. The proposal is to expand subcategory D81.3 to specify DADA 1, DADA 2, other adenosine deaminase deficiency, or unspecified adenosine deaminase deficiency. Vasculitis, immunodeficiency, and bone marrow failure are the manifestations most common to DADA 2, and may need to be included in the classification. The presenter was from the DADA 2 Foundation.

Dravet Syndrome was suggested by the Dravet Syndrome Foundation. This diagnosis is severe myoclonic epilepsy that presents in the first year of life. Mutations of the SCN1A gene cause 79 percent of the diagnosed cases. The seizures are always refractory and intractable. The proposal was to expand G40.83 to include a sixth character that would define with or without SCN1A mutation and with or without status epilepticus. This is a rare disease that requires further research and reporting.

Drowning/Submersion Occurring in Natural Bodies of Water is being requested by the United States Lifesaving Association. Drowning is the third-leading cause of unintentional death worldwide, according to the proposal. The proposed modification is to expand category W69 to include open sea, ocean bay, oceanfront water, Great Lakes, lake/pond/reservoir, river, flooded area, and other natural water. It was noted that an unspecified code was not included in the proposal. The issue is that category Y92 (Place of occurrence) does not include specificity for natural bodies of water.

Ehlers-Danlos Syndrome (EDS) is an inherited condition involving articular hypermobility, skin laxity, and tissue fragility, which can affect skin, ligaments, joints, bones, muscle, blood vessels, and other organs. The syndrome has been divided into 13 EDS types, and a code has been requested for each one in subcategory Q79.6, which would be retitled Ehlers-Danlos Syndromes. Patients tend to have multiple types. The goal is to better define the history, clinical experience, and epidemiology of EDS.

The Exertional Heat Stroke proposal is supported by the Center for Disease Control and Prevention’s (CDC’s) Analysis and Epidemiology Division. Exertional heat stroke develops within hours and occurs in healthy individuals who perform strenuous activity in a hot environment. This condition is defined by an elevated core body temperature, neurocognitive dysfunction, and recent physical exertion. There is a lack of an ICD-10-CM code identifying exertional heat stroke. The proposal was to expand subcategory T67.0 to include codes for heatstroke and sunstroke (T67.01); exertional heatstroke (T67.02); and other heatstroke and sunstroke (T67.09). The observation during this presentation was that there should be a code also note under T67.02 for the type of activity and that heatstroke, with not otherwise specified (NOS) coded to T67.01.

A Glucose-6-Phosphate Dehydrogenase Deficiency without Anemia proposal was submitted by the American Academy of Pediatrics for the apparent need to uniquely identify patients who have this deficiency without anemia but are at risk. This deficiency is an X-linked recessive genetic metabolic abnormality, and when deficient, red blood cells break down prematurely. G6PD with anemia is currently coded as D55.0. Category D75 (Other and unspecified diseases of blood and blood-forming organs) has been expanded to D75.A (G6PD without anemia) to capture those cases that have the deficiency but no anemia.

A History of Prematurity (Perinatal) Problems proposal is supported by the American Academy of Pediatrics. This condition had a code in ICD-9-CM, but no corresponding code was developed for ICD-10-CM. This code would capture those patients who have been born prematurely but did not have continuing perinatal problems or conditions. It is important to note that if the patient has continuing perinatal problems, a code from P00 – P96 would be assigned. A new subcategory has been suggested, Z87.6 (Personal history of certain conditions arising in the perinatal period). This code would also exclude corrected congenital conditions status codes. The goal of this proposal is to provide children’s hospitals the ability to capture this information, which would assist in tracking outcomes of premature patients.

A Multiple Drug Ingestions proposal was submitted by the American Academy of Pediatrics. This condition generally impacts the pediatric population, and the goal is to identify those patients who ingest multiple unknown drugs. This code would not replace that which is used in a situation when each medication is known. According to the Official Coding and Reporting Guidelines, “use as many codes as needed to describe completely all drugs (and) medicinal or biological substances.” This proposal adds a new sub-subcategory, T50.91, with expansion to the sixth character, consistent with the Table of Drug and Chemicals.

Orbital Roof and Wall Fracture was originally proposed in March 2017, with a revision based on public comment. The American Academy of Ophthalmology is submitting this proposal. The current code for orbital bone fractures is S02.3-, and there is not a specific code for orbital roof fracture, which are reported as S02.19X-. The proposal expands the codes in this category to include fracture of orbital roof and fracture of other orbital wall (medial, lateral, unspecified) with laterality. Fracture of orbit, unspecified and fracture of orbital wall, unspecified were also suggested. There was some debate during the meeting regarding the structure of this proposal.

Personal History of In-situ Neoplasms is another proposal that was originally presented in March 2017. ICD-10-CM does provide codes for specific carcinoma in-situ sites, including breast, cervix, and other. The Alliance of Dedicated Cancer Centers has requested to expand the Z86.00 sub-subcategory for other specific sites based on body system. These codes would be used to provide more accurate reporting and screening for these diagnoses.

Post-Endometrial Ablation Syndrome has been requested by the American Congress of Obstetricians and Gynecologists. This proposal was originally submitted in September 2016 and has been amended based on public input. This condition is characterized by cyclic pain and hematometra and most frequently occurs in women who have had previous fallopian tube occlusions (sterilizations). The code would be inserted into subcategory N99.8 (Intraoperative and postprocedural complications and disorders of genitourinary system, not elsewhere classified).

Prader-Willi Syndrome (PWS) is a neurodevelopmental disorder that impacts various body systems. The Foundation for Prader-Willi Research and Prader-Willi Syndrome Organization have requested a specific code for this condition. It is important to note that PWS had a specific code in ICD-9-CM, but it is now coded using Q87.1 (Congenital malformation syndromes predominantly associated with short stature). The syndrome is manifested with feeding difficulties, poor growth, and delayed development. Patients with this syndrome typically have mild to moderate intellectual impairment and learning disabilities, as well as sleep abnormalities. The benefit of creating this code is increased communication for research and clinical trials. The majority of the patients have the condition due to paternal deletion of chromosome 15.

Pyuria is defined as the presence of white blood cells in the urine. This condition is currently coded as N39.0 (Urinary tract infection), as there is no unique code for pyuria. The proposal was submitted by a physician’s office. The request includes the addition of R82.81 (Pyuria). The comments provided during the meeting were to include an Excludes1 note for N39.0 and to add R82.89 for Other abnormal findings on cytological and histological examination of urine.

Sickle-Cell Disease patients with vaso-occlusive crisis are not included currently in ICD-10-CM. These patients are coded as sickle-cell with crisis, unspecified. The American Academy of Pediatrics originally proposed this modification in September 2016. The proposal has been modified based on public comments. The proposal includes numerous revisions in category D57 (Sickle-cell disorders), which include the addition of codes for combinations of each complication and sickle-cell crisis. The comments during the meeting indicated that there was duplication between codes that represented sickle-cell disease with crisis without other complications and sickle-cell disease with crisis, unspecified. Other comments indicated that the organization of this category should be reviewed.

Travel Counseling proposal was submitted by the American Academy of Pediatrics to specify those patients who are undergoing counseling for travel reasons. It is important to note that these patients do not have any current signs or symptoms and are not presenting for preventative services. The sole purpose of this visit is for counseling for travel. The proposed new code is Z71.84 (Travel counseling), which includes counseling for international travel. According to the 2018 ICD-10-CM Official Guidelines for Coding and Reporting, “counseling Z codes are used when a patient or family member receives assistance in the aftermath of an illness or injury, or when support is required in coping with family or social problems.”

Vertigo of Central Origin is a condition that originates in the central nervous system, and the specific structure may be unknown. The underlying cause may include central nervous system tumors, infection, trauma, or cerebellar hemorrhage. Vertigo is the manifestation of these disorders. Unlike many requests, this request, submitted by Intelligent Medical Objects, is to delete the diagnosis codes in subcategory H81.4, as laterality for vertigo is clinically invalid. The proposal was supported by the American Academy of Neurology.

The CDC also presented addenda to the Index and Tabular volumes. The Tabular addenda included revising inclusion notes, excludes notes, and other instructional notes. The Index addenda included the revision of instructions as well as corrections to entries and codes. The goal of the addenda is to make the code set easier to use and consistent with the current terminology.

It is obvious that ICD-10-CM is growing. There is a need for the coding community to comment on the proposals that have been presented. In fact, remarks regarding the proposals are encouraged and can be sent to nchsicd10CM@cdc.gov; they are due by May 11, 2018.

Laurie Johnson is currently a senior healthcare consultant for Revenue Cycle Solutions, based in Pittsburgh, Pa. Laurie is an AHIMA-approved ICD-10-CM/PCS trainer. She has more than 35 years of experience in health information management and specializes in coding and related functions. She has been a featured speaker in over 40 conferences. Laurie is a member of the ICD10monitor editorial board and is a permanent panelist on Talk Ten Tuesdays
PrevPreviousDevice Credit Reporting: Is Compliance with Device Credits Affected by the NCD for ICDs?
NextNew Medicare Cards: Challenges and OpportunitiesNext