Are HIM Coding Professionals Qualified to Query for Clinical Validity? Part II 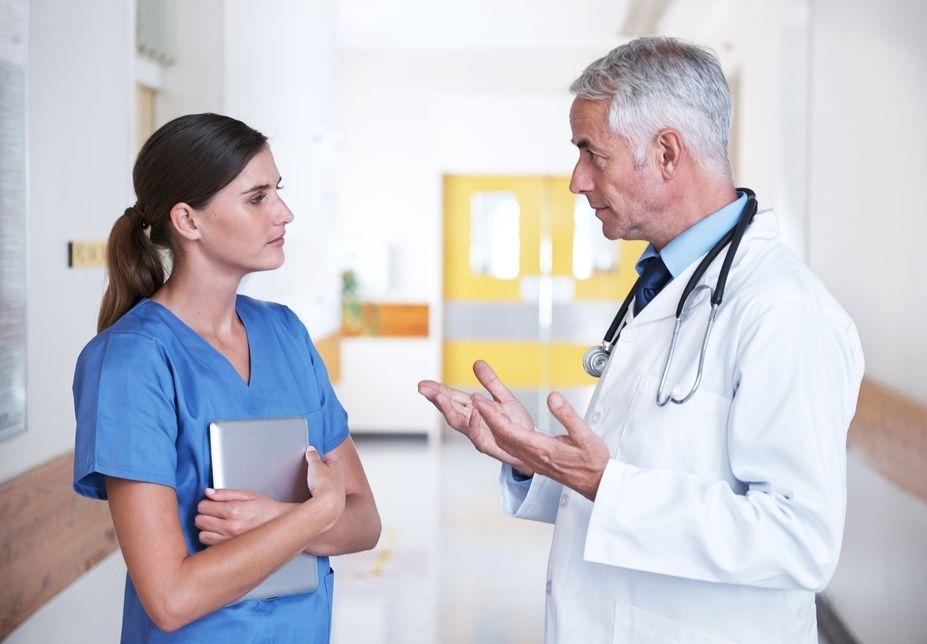 Trends in Clinical Documentation, Past, Present, and Future – Part II

EDITOR’S NOTE: This topic has solicited many comments, creating as contentious debate, since Part I was published in the ICD-10monitor e-News on July 17 and discussed the same day on Talk-Ten-Tuesdays.

I want to highlight some of the comments, opinions, and questions shared with me after people listened to Talk-Ten-Tuesdays and/or read Part I of this series. It is important to note that this is not a fight between nurses and coding professionals, but an issue of competency, focusing on whether  the necessary qualifications and skills exist.

The big question being asked by many is “why isn’t the American Health Information Management Association (AHIMA) doing more?” Many members have shared that they feel AHIMA should be actively dealing with the root cause and trying to change the mindset of the industry.

Some suggested that they want AHIMA to be advocating on behalf of their members, and challenging those promoting this notion that health information management (HIM) professionals aren’t qualified to query for clinical validity. HIM professionals have always looked to AHIMA to help push for the advancement of HIM professionals, but it appears that there isn’t the sense of urgency that might be expected when we have HIM professionals being excluded from consideration for positions that we know them to be qualified for – or operating under the same job description as someone with clinical credentials and being paid less than half as much as their counterparts. This is particularly concerning when we look at an Registered Health Information Administrator (RHIA) with a bachelor’s degree being considered less qualified for a clinical documentation improvement (CDI) position than a registered nurse (RN) with an associate’s degree or less experience in the field.

An individual professional working as a CDS, whether a nurse, coding professional, or member of some other discipline should have a high capability for cognitive analysis and the ability to use and integrate significant clinical information. It is relevant to acknowledge that  educational differences between those holding the Certified Coding Specialist (CCS), RHIA, and Registered Health Information Technician (RHIT) certifications may be significant, and may or may not include formal college credits in anatomy and physiology, clinical pharmacology, and pathophysiology, among other areas. Regardless of background, a successful CDS requires the ability to think critically in order to compliantly use and apply clinical indicators while functioning in the CDI profession. Furthermore, the industry needs to consider the value of all who have earned credentials, such as the Certified Documentation Improvement Practitioner/Certified Clinical Documentation Specialist (CDIP/CCDS) certifications, which were created to demonstrate competency as a CDI professional.

Do the credentials truly demonstrate competency for all? The reality of the situation is that true validation of clinical processes is performed in peer-to-peer fashion, and CDI staff do not perform as “peers” in any portion of the process, regardless of background. CDI staff should know and reference industry-standard, evidence-based definitions as a function of the CDI review process. Final clinical validation requires a physician-to- physician review process and negotiation. Only providers who are licensed to do so can establish a diagnosis. But skillfully and properly trained CDS professionals can and do issue queries for clarification when gaps are identified.

“To me, this isn’t about RN vs. non-RN, or about pointing fingers, but about those of us HIM professionals in a CDI role requesting advocacy and more vocal representation from the organization that we pay to be a member of,” A. Czahor wrote in an email to me. “HIM professionals are being systemically marginalized in many cases, and creating new career pathways in information governance or data analytics doesn’t solve the problem for CDI. If we allow our qualifications to be eroded, or (a scenario in which it is) accepted as fact that a coding professional cannot perform clinical validation because we are not clinicians, where do we draw the line?”

Another comment came from P. Evans, who wrote that “I, and I am certain, many other HIM professionals, have issued ‘clinical validation’ queries effectively and compliantly for years. At the site (encounter) level, I believe that the background of the CDS is not material; what is relevant is that the query be written in a skillful manner and issued with proper context, clinical support and citations, and that compliant choices be offered.”

“HIM professionals have been involved in the process of clarifying physician documentation far longer than the CDI industry has been around, and HIM professionals bring strong, subject-matter expertise to the table that is necessary for success,” he continued. “As a HIM professional in a CDI role, I have at times felt abandoned by my professional organization, AHIMA. When I first wanted to obtain a CDI credential because I was building a program from the ground up at my local facility and wanted to demonstrate my expertise, ACDIS was my only option. AHIMA was late to the party, in my opinion, and I don’t think they’ve really ever demonstrably caught up. Was there some internal decision, not to try to compete with ACDIS?”

Evans also wrote that he is opposed to the notion that HIM professionals are not well-suited for this endeavor. There are some brilliant RNs in this field, but there are also some who are not intellectually equipped to succeed.

I am specifically concerned that the AHIMA Publication “Clinical Validation: The Next Level of CDI (December 2016 update)” makes the following statement:

This statement has led some to believe that only those with a clinical credential (i.e. RN or MD/DO, etc.) can perform the work of a CDI. It is my opinion that this statement pertains to Recovery Audit Contractor (RAC) contractors, not CDI professionals.

It should be noted this statement suggests that clinical validation is beyond the skills of a certified coder, leading one to ask: what precisely are the skills of a certified coder? Who determines this? In my view, there is too much variation in clinical education and awareness among staff working as “coders.” However, it is not fair to make a blanket statement that all coders may lack the clinical acumen and education to participate fully and successfully in all aspects of the CDI function. It should be acknowledged that some “coders,” such as myself and others, have taken and passed clinical screening exams offered by consulting firms, such as JATA and Enjoin, and that the purpose of these exams is specifically to screen for the clinical knowledge purported to be required to work successfully as a CDI professional. It should also be noted that some RNs did not pass clinical screening exams offered by firms such as Nuance and Enjoin, while some “coders” have.

True “clinical validation” requires a peer-to-peer clinical discussion, such as one between physicians. A CDS can and should use queries in a compliant manner in an effort to ensure that the true clinical picture of each patient is documented and coded. A query should be posed when a condition is documented, but additional clinical support, criteria, and/or rationale is desired to ensure that it is clinically supported. However, the CDI function alone does not assure true clinical validation – as is demonstrated by the fact that many clinicians working for third parties repeatedly refuse to accept the clinical criteria compliantly used by hospitals to validate key clinical conditions via the existing query function. If there is some type of universal clinical language that can only be spoken and shared among RNs, the denial process and the ongoing public frustration within the CDI profession with the findings issued by third parties such as Recovery Audit Contractors (RACs) speaks against any such notion.

Regarding clinical validation, this is a multistep process, and the first step at the facility level may be a review of documentation for any gaps or discrepancies with issuance of clarification. The clinician should then either modify the documentation by stating that the condition is not confirmed or has been ruled out, or if confirmed, provide additional supporting documentation in the medical record. There are additional steps in the validation process.

The payor may not agree that a diagnosis is supported, based on the evidence in the record. Only providers (not CDI) are responsible for establishing a diagnosis; therefore, the concept that any CDI can perform clinical validation at the site level working as a CDS is false. CDIs who feel that they are acting as part of the healthcare team can be mistaken, and they should not be telling others that they can operate in that capacity.

“I remember a time when it was encouraged to have nurses and physicians on your team because they could speak to the patient care team in a way that coders couldn’t,” Czahor wrote. “AHIMA and ACDIS and others on this thread did a tremendous job of ensuring that everyone had to play by the same rules, regardless of credentials, and all queries, whether verbal or written, should be delivered in a compliant and non-leading manner. This clinical validation interpretation seems to have caused regression, and we’re once again carving out tasks that a nurse or physician can perform differently because of their credentials. I believe we must tackle this issue with the same ferocity that compliant queries were addressed. For example, does this open the door to my clinical validation queries being overturned because they were generated by a coder and not a clinician?”

The American Hospital Association’s (AHA’s) Coding Clinic has cited the same RAC language that I believe reinforced this whole notion, and going by that logic, a nurse or foreign-trained physician working in CDI cannot legitimately assign a working DRG or perform DRG validation, because they are not coders. I worry that just advocating for a multi-disciplinary team may not be enough. That could be misinterpreted as conveying that a multi-disciplinary approach is recommended, because nurses aren’t strong enough coders and coders aren’t strong enough clinically, which is essentially the fallacy against which we are fighting. This clinical validation hot topic isn’t just keeping HIM professionals out of CDI, it’s keeping us out of other emerging roles such as denials management. If clinical validation is beyond the scope of a coder, then some are taking that to mean it’s beyond the scope of a coder to respond to a clinical validation denial. As someone who has personally written more than 1,000 successful RAC appeals for clinical denials, I find this just as troubling. I’ve also built and led a CDI program entirely made up of HIM professionals, and I believe the KPI and outcomes data would demonstrate them to be just as effective and successful as RN-only programs for which I have consulted, as well as multi-disciplinary teams I have managed.

In conclusion, if AHIMA and ACDIS intend to market their respective CDI credentials as relevant marks of accomplishment and distinction, both organizations must be prepared to vigorously defend the legitimacy of these credentials. These were not designed to be earned by and for only RNs, and both require demonstration of clinical knowledge germane to a compliant CDI process.