The End of Relaxed ICD-10 Rules: What it Means for Private Practices

Physician practices have had nearly a year to acclimate themselves to the ICD-10 coding that took effect in October 2015. Thanks to a grace period known as ICD-10 “relaxed rules,” which were established jointly by the Centers for Medicare & Medicaid Services (CMS) and the American Medical Association (AMA), the use of ICD-10 codes that did not meet the highest level of specificity requirements was allowed to continue without the risk of punitive action.

This granted a reprieve for practices, allowing them more time to adapt to the vast new code set. But that all ends on Oct. 1, 2016.

While no one is exactly sure how payers will address ICD-10 coding issues after the grace period ends, it would be helpful to understand what such issues could arise, and how providers and coding professionals can address them.

One of the main issues that has surfaced in the transition from ICD-9 to ICD-10 was the allowed abuse of unspecified codes in the ICD-9 code set. In the move to ICD-10, these codes have become much more detailed. Moving beyond Oct. 1, 2016, carriers will be expecting the highest level of specificity in coding.

It’s important to note that in some cases, unspecified codes are acceptable. For example, with congestive heart failure, for the first few times a patient is suspected of having that diagnosis, use of the unspecified code is acceptable until the appropriate testing is conducted to determine whether the condition is affecting the left or right ventricle. The physician can get into the specificity of these codes once diagnostic tests are interpreted.

In other cases, however, such as with asthma, unspecified codes have been overused. With ICD-10, upon examination of the patient, a physician should be able to determine if the condition is acute, chronic, or exacerbated, and then drill further down to the highest level of specificity.

Probably the biggest challenge physicians face with the expiration of the relaxed rules is, quite simply, overcoming their ICD-9 coding habits. The extreme abuse of ICD-9 unspecified codes resulted in physicians failing to achieve the highest level of specificity – and frankly, carriers not really caring if they did or not. With ICD-10, carriers now will be able to request much more specific information regarding the condition or conditions for which patients are being treated.

While the use of unspecified codes can be attributed in part to habit, in other cases, it’s much easier to access them when using some of the available search tools created to identify diagnosis codes. In fact, with some search tools, the unspecified code is the first code to appear.

Also, a lot of physicians code without reviewing the description of each code. But GEM mapping tools don’t drill down to the level of specificity now required with ICD-10. This presents a huge challenge in the industry for those providers and coding professionals who traditionally have relied on such tools.

There is a general fear among practices of not knowing what punitive measures payers are going to impose once they no longer need to comply with the relaxed rules. Are they going to start denying claims and returning them to providers for additional information? Or are they going to start conducting chart audits, through which insurance companies request a review of a physician’s chart notes on a patient in question? My guess is that they will go the chart audit route.

Providers should not feel that they are at the mercy of insurance carriers, though. Looking ahead, there are several things practices can do now to ensure adherence to ICD-10 coding mandates:

Mapping tool technology was developed as an alternative to GEM, created with the understanding that ICD-9 codes have been deeply engrained in people’s minds for years. For example, if an unspecified ICD-9 code is punched in by the coder, several indicators appear on-screen. One, a dollar sign indicates that the code is a payable code. Another informs the coder that better coding choices exist. Depending on the end-user type, the tool then quickly arrives at the right level of coding specificity. Such mapping tools also “understand” which codes can be billed as unspecified and which codes, as a general rule of thumb, can be taken to the next level of specificity.

While ICD-10 represents a significant paradigm shift for providers and coders, it also can help establish an improved level of care for patients while ensuring that providers are properly reimbursed for their services.

All it takes is a new mindset and the right tools. 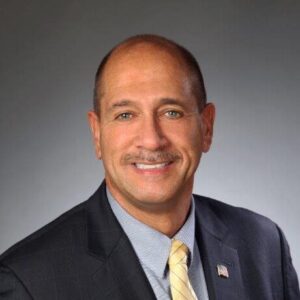