One for Susie and One for Bobby and…

The winter season begins on Dec. 21 (the winter solstice and the shortest day of the year, if you live north of the equator) and ends in March. Among several major religions, nationalities and ethnicities, winter brings with it holidays, which often include traditions of gift-giving, celebration, and, in most cases, an opportunity for quiet introspection.

So before I go any further I wish you the joy of the season, whether your holiday is Christmas, Chanukah, Kwanzaa, some other celebration, or even a combination of these celebrations. And for those of you who believe in nothing much at all: Bah Humbug.

Gifts of the Season

Since December and January, again, are months of celebration and gift-giving, I thought this might be a good time to consider all the gifts CMS (that’s the Center for Medicare & Medicaid Services, not the Christmas Merchants Society) has extended to the healthcare industry in the United States during the last year. After all, what is our government if not generous to a fault, eh?

So let’s all sit down together and see what CMS gave us in 2012!

Of course, the first package we opened was:

(Heavy sigh). Never mind that it took them a year to make this decision; and never mind that many providers, payers, clearinghouses and vendors already had initiated their conversion and education processes; and never mind that this just moves us a year closer to ICD-11; and never mind that it added another year of Transaction Rule Set 5010 being used with ICD-9 (which doesn’t need it); and … well, you get the idea. This isn’t a gift at all, is it? It just prolongs the pain, which is a gift only if you’re the Marquis de Sade.

Anyway, our second “gift,” wrapped in bright red paper symbolic of the financial hemorrhage of our hospitals’ funds under the current initiatives, was:

Ah, yes … a great big money saver that will punish 64 percent of our hospitals for their “readmission rates,” and yet has so little incentive that, when you crunch the numbers, it’s probably better to keep your readmissions. Thus, it serves no purpose at all except to let CMS declare $281 million in savings to the Medicare program. It isn’t likely to improve quality (contrary to the PPACA’s expressed intent), and only people who don’t understand the system at all (read: voting Medicare beneficiaries, generally, of which I am one) will think it’s a good thing. This one definitely goes in the “regifting” pile, but I just can’t think of anyone who would want it…

Oh, goody…finally one wrapped in blue. Let’s hope that doesn’t symbolize how we’ll feel when we open it. And we have:

Too late … I’m blue. This is one of those trick gifts: it looks really good until you look at it closely.  Remember that “quality reporting initiative” that was introduced for inpatients a few years ago, and then extended to outpatients a couple of years later? It penalizes hospitals that do not report the specified quality indicators by docking their payments 2 percent off the top. Well, now we get to enjoy that old gift even more. Using that data, every hospital with “good” scores will get a bonus on their payments. Sounds great! Just one problem … OK, two problems:

If you look this “gift horse” in the mouth, all you see is 75 percent rotten teeth.

And now we come to the last box, a lovely number all done up in my personally favorite color: duh. Oh, wait – that’s not a color, is it?

Since 2003, CMS sometimes has paid up to 50 percent of the acquisition cost of selected items characterized as “new technology pass-throughs.” For the most part, they’ve been devices or supply items that were too new for CMS to set a fair price (how about MSRP?). Anyway, in 2013 they added two drugs to the list, one of which is Dificid, which is used to treat Clostridium dificil (the other is Voraxaze). So far, so good.

In order to identify when Dificid has been administered, a hospital must bill a diagnosis code for C. dificil infection (008.45) and the NDC for Dificid (52015-0080-01), but CMS failed to say where (that is, in which field) to bill the NDC! (If you know, please drop me an email and tell me. I can’t find it, for the life of me.)

I know the role of CMS is not to do anything good for providers, contrary to what they say on the record. But, thanks to the government’s ongoing attempts to contain Medicare fraud (a laudable goal, by the way) and the inane rules included in the PPACA beyond the ones everyone talks about, it seems this has been a banner year for “Let’s stick it to the hospitals.”

Oh, well … perhaps next year will be better.

Billy K. Richburg, M.S., FHFMA is HFMA-Certified in Accounting and Finance, Patient Accounting and Managed Care. Bill graduated from the U. of Alaska, Anchorage and earned his M.S. in Health Care Administration from Trinity University, San Antonio, TX. Over a career spanning more than 40 years, Bill has held positions including CEO, COO, CFO, and CIO in hospitals ranging from 75 beds to over 300 beds, and in home health agencies, DME stores, and a home infusion company. Bill is a Board Member of the Lone Star Chapter, HFMA, and is Director of Government Programs for the Revenue Cycle Technologies business segment of MedAssets, Inc. His office is in Plano, Texas. 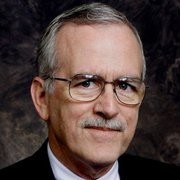 Billy Richburg has had a long career in healthcare holding high positions such as the Sr. Director for FinThrive, MedAssets, and IMaCS. Billy is now enjoying the finer things in life in his sweet retirement!
PrevPreviousAmerica’s Critical Access Hospitals
NextWhat Do Physicians Need to Know About ICD-10-PCS?Next