No, Doctor – It’s not Just About Money

If you would allow me to vent a little today, then please indulge me. If you are not in the particular mood for what some might call a rant, well, you should read anyway, because this promises to be an entertaining and thought-provoking example.

The topic is a common criticism of clinical decision support (CDS) and clinical documentation improvement (CDI) programs. For years I have heard such criticisms, and they are almost always some version of “this is just about money.” The consulting companies get the worst of it, with insinuations of mischievous sales tactics, lofty promises, underhanded competition tactics, and worse.

Okay, I get it. Consulting companies are obvious targets of such harsh judgment, and in some ways, they did it to themselves. But do they really deserve it? I believe that in most cases, they do not. No one in the CDI industry should have to take valuable time away from their busy day to listen to an angry and uninformed tirade about money that a provider heard from someone who read an article written by someone who heard it from a guy named John. Even if that provider was a personal witness to some tactic they viewed as less than ethical, it is likely that it was their misunderstanding or uninformed interpretation that led them to such a conclusion.

I am not going to sugarcoat it. There certainly are bad seeds out there. We see the cases of straight-up fraud being prosecuted by the U.S. Department of Health and Human Services (HHS) Office of Inspector General (OIG) every day. And yes, it is a slippery slope. There are certainly some overly aggressive CDI tactics that may never make anyone the target of an investigation, but still give the rest of us a black eye nonetheless.

However, I would argue that those are the exception and not the rule. In fact, I would argue that those sorts of things are becoming more and more rare by the day. Look, we have bad teachers, bad judges, bad police officers, and wouldn’t you know it, bad doctors. How would you, a provider, like to be automatically judged on the actions of the least ethical or worst doctor in your city? Not exactly fair nor logical, is it? So why then do you turn around and do the same thing to your CDI?

Okay, let’s talk about money, then. I will admit it; money is a factor. However, I would argue that money is a factor not because of any sort of greedy evil master mind at work, but because at some point we have to acknowledge a thing called “common sense.” Why would the facility agree to take a 30-50-percent pay cut over what they were supposed to be reimbursed, because of bad documentation? Common sense says we wouldn’t. For the sake of argument, let’s divide revenue into four grades, with one being the lowest and four being the highest. And let’s say that the severity of the patients and the services provided put the hospital at being owed reimbursement of a 3.4 – however, your documentation is going to be reported at a reimbursement of a 2.8. Your argument would seem to be that since you are leveraging a critique that has a tendency to make a CDS representative feel guilty, we should be perfectly happy with the 2.8 on an owed 3.4. However, if you apply logic to the idea, then your argument is proven false.

Now that I have addressed money, let’s go back to the original criticism, that “this is just about money.”  I want to focus on that word “just.” My response to that is one word as well: “false.” Today’s CDI programs are less concerned with maximizing revenue and more concerned with making sure that the coding and reported data will reflect the clinical truth of what transpired during the episode of care. I challenge you to find an ethical conundrum with that goal.

And therein highlights the need for CDS to bridge the gap between the clinical process and reported data. In many cases, what a physician considers perfectly acceptable documentation is actually very bad documentation when viewed through the optics of data reporting. But how can that be? Well, it happens because the coding system is very specific, and quite often the syntax and semantics used are going to end up being reflected in the reported data in such a way that the patient’s clinical picture is completely misrepresented.

It can turn acute respiratory distress into full-blown ARDS. It can turn pyuria into a confirmed diagnosis of a UTI. It can take a devastating neurological event, in which the patient is basically completely obtunded, and turn it into little more than a moderate to mild severity level.

I could give examples like this all day, but suffice it to say, you should take my word for it: when a CDS tells you “it’s not about money,” you should start trusting them. 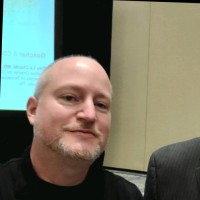 Allen Frady, RN has been in the healthcare industry for over 25 years. He is currently working with 3M as a solutions advisor and specializes in CDI and coding. He is known as an instructor, author, website creator, and podcaster.
PrevPrevious2017 ICD-10-CM Coding Guidelines – Will They Make a Difference?
NextWould you support the provider community requesting that CMS offer another 68% settlement program?Next