Importance of DRG Reconciliation in the CDI and Coding Processes

The Centers for Medicare & Medicaid Services (CMS) performs diagnosis-related group (DRG) validation to ensure that reported diagnostic, procedural, and discharge status information matches both the attending’s description and the information contained within the beneficiary’s health record.

CMS auditors are instructed to validate the principal diagnosis, secondary diagnoses, and procedures affecting or potentially affecting the DRG. Additionally, CMS contractors are expected to base DRG validation upon the following:

·    The acceptable principles of coding practices, consistent with guidelines established for ICD-10 coding

DRG reconciliation, when performed at the organizational level, is the process by which the final coded DRG (MS or APR) is validated through a second-level, pre-bill review process, which may include clinical as well as coding subject matter professionals. The clinical viewpoint is often necessary to determine how well the coded data reflects the clinical scenario as described by the provider.

Historically, the focus of DRG reconciliation was code assignment. DRG reconciliation was a way for health information management (HIM) leadership to measure the accuracy of clinical documentation improvement (CDI) efforts, especially if the working DRG was developed by those without a coding background. Findings often resulted in CDI educational opportunities regarding Official Coding Guidelines and the American Health Association (AHA) Coding Clinic.

As the CDI profession matured and became more prevalent, the value of DRG reconciliation became more bidirectional; however, clinical input into the final coding of a medical record was not always welcomed by HIM coders, and the delay in final billing of a claim was not completely embraced by revenue cycle professionals. In some organizations, there is a significant disconnect between CDI and coding processes, which is often exacerbated when CDI staff use standalone systems that don’t integrate with coding technology (coders may bypass CDI findings to avoid delays in productivity). In this scenario, CDI professionals often wondered about the value of their efforts if they were not considered during the coding process.

Recent industry surveys indicate that DRG reconciliation is re-emerging as a best practice for many CDI programs. This may be due in part to shifts in the regulatory, reimbursement, and coding climate. More specific drivers may include the following:

·    The implementation of a more clinically complex and robust code set in ICD-10.

·    A desire for greater collaboration among physicians and the coding and clinical documentation departments regarding quality performance and externally reported claims data.

·    The emergence of clinical validation in the evolving role of CDI professionals.

·    The desire for CDI programs to defend their FTEs through ensuring that their reviews and queries result in the best DRG possible.

Just as the drivers for why hospitals may consider DRG reconciliation activities are varied, so too are the models they choose to deploy.

A Look at Some Models for DRG Reconciliation

1.   Working DRG and Final Coded DRG Mismatch: This is perhaps the most widely utilized model for DRG reconciliation. The reconciliation review is triggered when the final coded DRG (APR or MS) differs from the final working DRG assigned concurrently by the CDI specialist. Unfortunately, this is often a manual and time-intensive process, because one thing that should be taken into consideration is the documentation available to CDI at the time of their review (i.e., did the discharge summary change the DRG?)  Increasingly, technology is being developed to automate this process. Mismatched cases are escalated to second-level review to verify the final coded DRG. If disagreement remains between coding and CDI, the case enters a more formal review process, which may include a physician acting in a clinical advisor role, and members of the CDI and coding management teams. When subjectivity is a cause of discrepancy, a query may be issued to remove speculation. A final determination is made after the case is presented, the clinical indicators are reviewed, and any opportunity for further query of the attending physician is discussed.

2.   Pre-Bill Review Based Upon MS-DRG/APR-DRG-Centric Criteria: This model considers the application of specific MS-DRG criteria, such as all MS-DRGs without a CC or MCC, or APR-DRGs with severity of illness (SOI) or risk of mortality (ROM) scores of 2 or less as flags for the case being sent for a second-level review. The second-level review focuses on efforts to change the MS-DRG or APR-DRG based upon existing clinical documentation or through the issuance of a query to the attending physician.

3.   Service Line-Focused Criteria: This model is used in conjunction with a service line team approach involving coders, CDI specialists, and sometimes quality professionals and care managers, who are organized according to a specialty such as orthopedics, cardiology, or general surgery. The service line often has specific goals and thus sets criteria for pre-bill review in support of those goals. Criteria can include LOS outliers, specific principal diagnoses, SOI or ROM scores of less than 2, or patients within alternative payment models such as bundles. The validation of the final coded DRG is so important that some service line models incorporate concurrent coding into these models to eliminate retrospective queries and infuse coding knowledge with members of the care team as the stay progresses.

Implications for Your CDI Program

Should more effort be made to complete DRG validation and reconciliation reviews in your organization? Maybe. What works for one organization may not work with others, but DRG reconciliation is certainly a vital component for a successful CDI department. Some of the reasons include the following:

Mismatches frequently associated with the same condition or type of code (i.e., complication codes common to multiple coders) could indicate the need for additional training or even the development of departmental policies on the topic to promote consistency. Roundtables where DRG reconciliation required escalation could be discussed to align CDI documentation clarification efforts with coding perspectives and expectations. 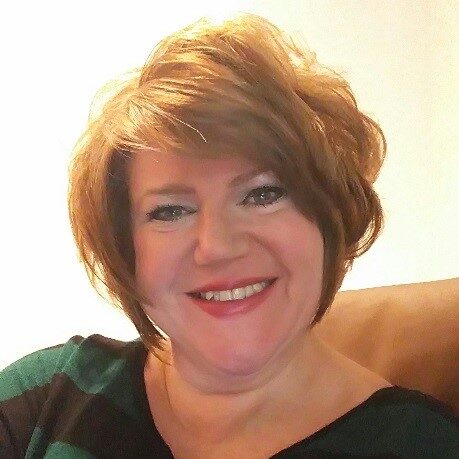 Michelle Wieczorek is a senior manager in the DHG Healthcare CFO Advisory team and focuses on clinical documentation and revenue integrity initiatives. She is a Registered Nurse, Registered Health Information Technician and Certified Professional in Healthcare Quality with more than 30 years of experience in healthcare. She has served in leadership roles in Clinical Nursing, Health Information Management, Utilization Review, Clinical Quality, and Information Technology.
PrevPreviousClinical Versus Financial Risk in a Value-Based Purchasing Environment: Part II
NextA Surgeon’s Perspective on MalnutritionNext