ICD-10: State of the Industry

Questions, questions, and more questions about the state of the healthcare industry continue to surface during recent months. It seems that everyone wants to know how the industry is doing in its preparations for ICD-10 implementation. ICD10monitor conducts its very own “Talk Ten Tuesday” poll of its audience every week to address this very question.

In addition, a presentation at the American Health Information Management Association (AHIMA) ICD-10-CM/PCS and CAC Summit in April was highly informative, and for those of you unable to attend, I would like to take this opportunity to share the experience. Torrey Barnhouse of TrustHCS delivered a presentation titled “Tracking the Journey to ICD-10” and spoke about the results of a research study done with the AHIMA Foundation during the final two quarters of 2012.

The research study involved 293 healthcare facilities, and the details of their feedback reflected various aspects of their transition plans for ICD-10. To much dismay, the results were somewhat surprising.

First, some background: the largest number of responses came from the non-teaching community hospitals with greater than 350 beds, but all sectors were well-represented. Eighty-four percent of the 293 respondents were HIM directors for academic medical centers, critical access hospitals or teaching and non-teaching facilities, both over and under the 350-bed threshold. The directors provided feedback related to how far along they were on the implementation curve, their training budgets, the methods being chosen for ICD-10 training, use of clinical documentation improvement (CDI), strategies regarding computer-assisted coding (CAC), and how they planned to handle any staffing shortages during the transition.

To describe the implementation curve, respondents were asked to list their point on the curve and indicate whether they had started ICD-10 education at their facilities. The most common response in this category (46 percent) came from a combination of providers indicating that they had no steering committee in place and providers that had not started their ICD-10 education. Additionally, approximately half of the respondent hospitals had either no steering committee or a steering committee that does not meet regularly. Shocking data? Absolutely, when you take into account that it is from autumn 2012! As an industry, we should be farther along the implementation curve than this.

Another question covered the degree to which the training budget had been developed. Facilities that did not have a steering committee in place also reported having the smallest budgets (per staff coder). This does make some sense, because these facilities haven’t taken the important step of launching an organized effort benefitting from a senior leadership sponsor and physician champions. The responses showed that when a steering committee was in place and meeting regularly, the training budget was almost double that of those providers with no committee. That’s very telling!

When asked about methods chosen for ICD-10 training, respondents delivered some more somewhat surprising answers, especially when the results were stratified by facility type. Facilities selecting Internet or Web-based training solutions ranged from a high of 88 percent among academic medical centers to a low of 68 percent in facilities that self-identified as “other facilities.” Facilities selecting a face-to-face training option using outside training staff  ranged from a high of 59 percent in critical access hospitals to a low of 48 percent in academic medical centers. Budgeted training amounts, per coder, ranged from a high of $26,560 in an academic medical center to a low of $2,760 in critical access hospitals, with the remaining types of providers scattered in between.

The need for coding labor was expected increase in 23 percent of the facilities that responded, with 52 percent saying they planned to make direct hires to cover the estimated increase. Twenty-seven percent indicated that they want to outsource the extra workload, and 15 percent indicated they would use a combination of both techniques to cover staffing. This result begs the question: Where is the industry going to find the additional staffing required for successful implementation during the next 17 months?

For me, the two greatest “ah-ha” takeaway aspects of the study were that a steering committee that meets regularly is a key component to achieving a training budget large enough to accomplish the goals required for successful ICD-10 implementation, and that the growth in demand for CAC technology will skyrocket from now through 2015!

Maria T. Bounos, RN, MPM, CPC-H, is the practice lead for coding and reimbursement software solutions for Wolters Kluwer.  Maria began her career at Wolters Kluwer as a product manager, responsible for product development, maintenance, enhancements and business development and now solely focuses on business development.  She has more than twenty years of experience in healthcare including nursing, coding, healthcare consulting, and software solutions. 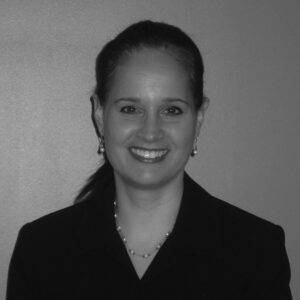