I am looking forward to attending the ICD-10 Coordination and Maintenance Committee meeting at the Centers for Medicare & Medicaid Services (CMS) headquarters this week. Our AAPC members are very anxious to see the changes that will be in the code set this year.

As you know, we have had a freeze on the ICD-10 code set. The last regular update was Oct. 1, 2011. This move was made to allow the industry to adjust to the ICD-10 code sets while having a stable learning environment, without also having to deal with yearly changes. It was a partial code set freeze, as there were new codes allowed for new technologies.

We are expecting to see many changes to the code set this year. In December, Sue Bowman announced on Talk Ten Tuesdays that it was proposed that an errata be released in January; however it has not been released yet. I am hoping to see the information that was supposed to be released in that errata.

There are still a lot of questions in the industry concerning ICD-10, and we want information to help clarify the codes. As we know, there will be a large number of code changes released this year the with the addition of new codes as well as changes in the indexing, instructional notes, and existing codes, so the industry needs time to learn the changes and implement them.

Again, our members are anxious to get this information so they can start to prepare for these changes. Some of the topics on the agenda for this meeting include ICD-10-CM: antenatal screening, C-difficile, exercise counseling, spinal stenosis, Zika virus infection, and also the ICD-10-CM addendum, to name a few.

The agenda covering the ICD-10-PCS codes include 15 topics, such as insertion of endobronchial coils, brand endograft repair of common iliac aneurysm, and insertion of spinal bracing and distraction system, as well as updates to the general equivalency mapping (GEM) structure and update requests; this also includes an addenda and key updates. Again, I am looking forward to receiving information about the changes so that our AAPC members as well as our industry can begin to prepare for Oct. 1, 2016.

Jackie Stack is an Education Specialist at AAPC. She has more than 28 years of experience in healthcare administration, education, and compliance. She holds several AAPC specialty certifications and has a bachelor’s degree in Health Administration. 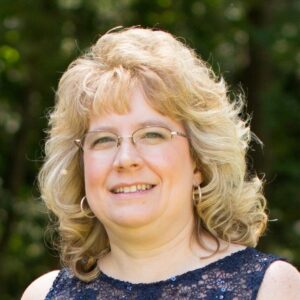